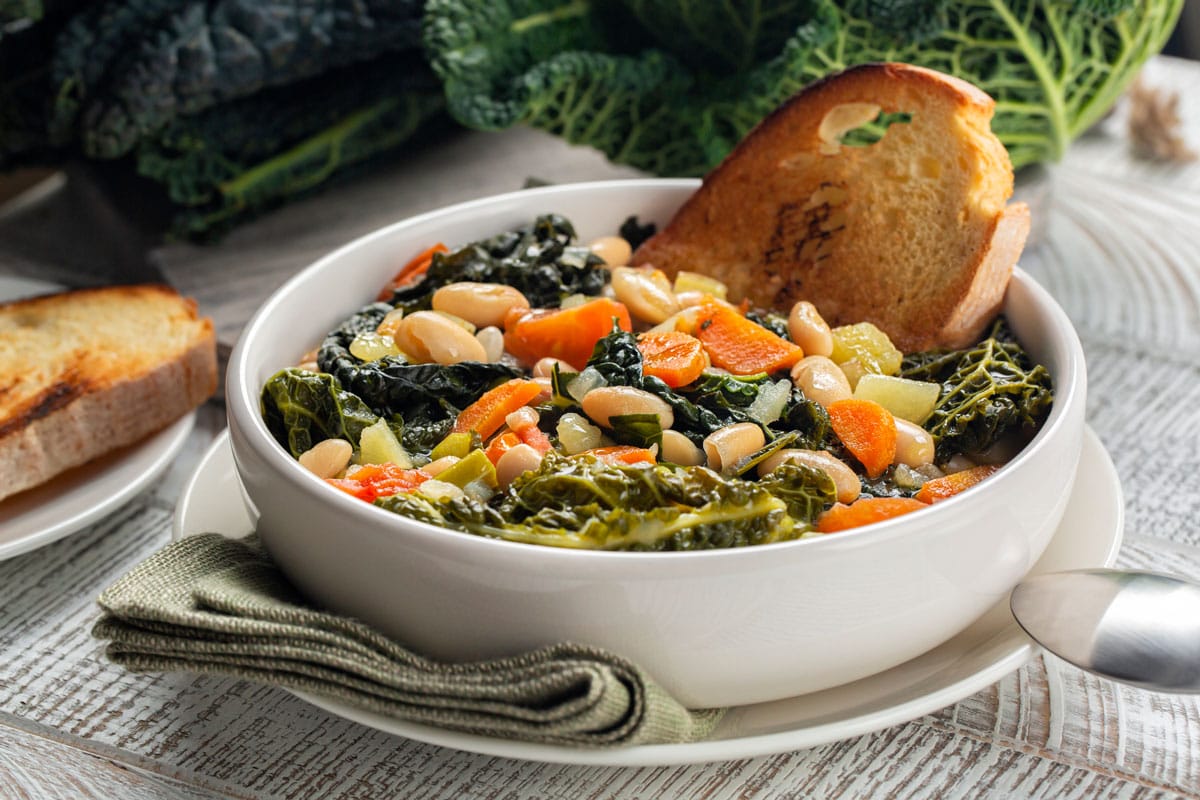 Quick Navigation show
1 La Ribollita: what it is and where it comes from
2 An Ancient Story
3 Ribollita Recipe
3.1 Ingredients
3.2 Instructions

La Ribollita: what it is and where it comes from

Ribollita is a typical Tuscan winter dish soup that is quite nutritious and particularly suitable for keeping you warm on chilly days. It is a semi-solid soup prepared with black cabbage and beans.

The dish has a peasant origin as it is a direct descendant of a bread and vegetable soup that in times past was common among the poor of Tuscany. It was particularly popular in the plain of Pisa and in the territories of Arezzo and Florence.

As is common for peasant dishes, there is no precise recipe for ribollita, but nevertheless, there are several ingredients that are foundational. These include black cabbage ( Tuscan curly black cabbage), cannellini beans, and Tuscan bread (other than being from Tuscany, the main characteristic of this bread is that it is unsalted).

Ribollita literally translates to “boiled another time.” Thus, as the name implies, real Ribollita must be cooked twice if it is going to be considered traditional. The more the soup is cooked, the tastier it becomes. Ribollita is part of other earthy Tuscan soups like acquacotta and pancotto.

Ribollita is a true symbol of poor Tuscan cuisine. The original ancestor of ribollita is so ancient that its popularity was already widespread during the Middle Ages. At the time, noblemen had meat served over unleavened bread which was then given to the servants who boiled these remainders with whatever ingredients were available.  These usually included herbs and vegetables from the countryside such as celery, carrots, and cabbage. The soup was reheated and consumed for the following several days.

It is this “recipe” that has endured through many centuries all the while being refined and adjusted up to the modern day. As happens with many of these “popular” recipes, now even the ribollita has surpassed the peasant kitchens and has become a true symbol of all Tuscan cuisine.

As mentioned above, despite there being no real recipe, let us take a look at the ribolitta recipe. 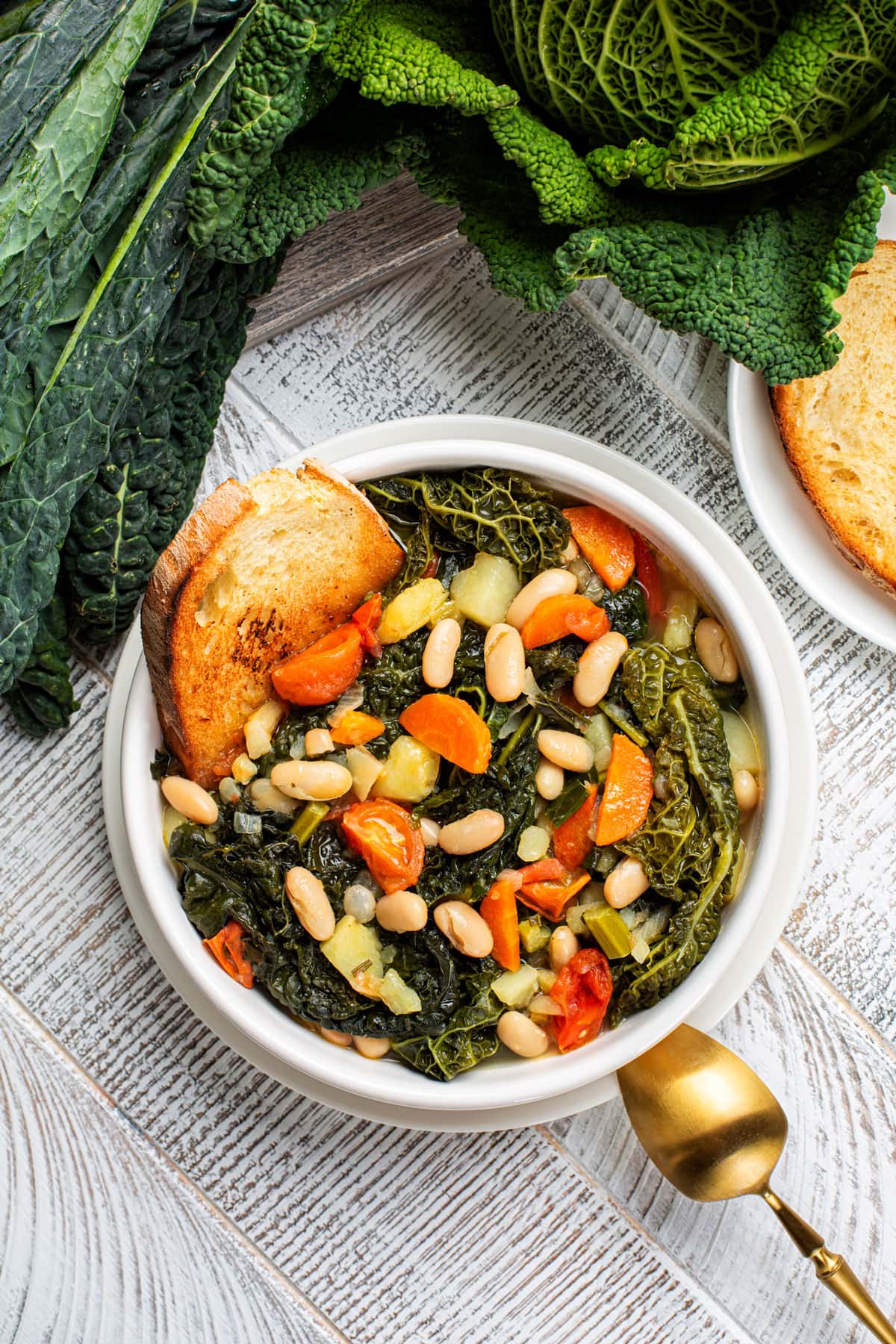 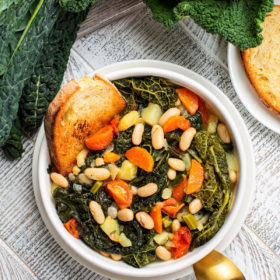 Liked this recipe?Follow us NonnaBox for more!
32 shares