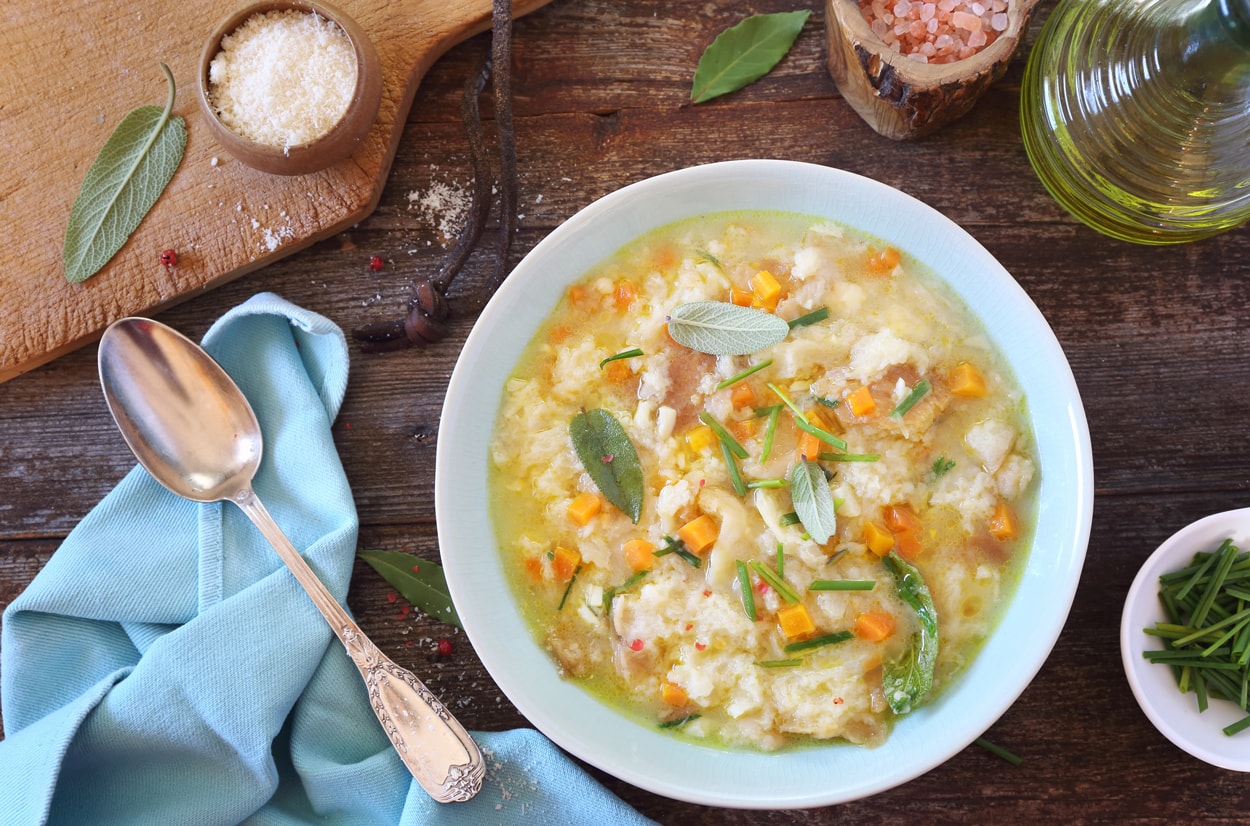 Just as “acquacotta” explains its make up,  “water and a little more”, so does “pancotto,” which means “bread, water and a little more!” But unlike acquacotta, which is typically from Maremma, pancotto  is common to many Italian regions. Like so many ancient dishes with humble and peasant origins, pancotto arose from the need to use up every last crumb of dry bread.

Pancotto goes by different names throughout Italy, and similarly, its specific ingredients vary from region to region. Although the bread and condiments used may vary, such as extra virgin olive oil, butter, and lard, the substance of the dish remains the same.

Pancotto is a soup made from stale bread that is soaked and cooked in a liquid. In richer versions, the liquid used may be a meat broth or milk. Whereas in simpler versions, vegetable broth or simply water is used. Vegetables or tomatoes may be added or an egg until a soft “pappa” is formed. At the end, grated cheese is added as a final touch.

In Piedmont, Lombardy and Veneto it is called panada. In these regions, it is served with a meat broth and it is considered a remedy for the sick, the elderly and children. Some versions include ground cinnamon or a generous sprinkling of grated Parmigiano-Reggiano cheese.

In Liguria it is called pancheuto. In this region it is scented with oregano or marjoram and sprinkled with grated Parmigiano-Reggiano cheese.

In Sardinia it is known by the name pani cottu cun bagna or mazzamurru, and it is  prepared with broth or milk, lard and tomato.

On the other hand, the pani cottu in Sicily,  adds bay leaf and seasoned pecorino.

Emilia Romagna offers us the most sumptuous versions with the addition of butter and beaten eggs to a sort of lasagna of slices of bread with eggs, Parmigiano-Reggiano cheese, milk and cream. Similarly, the Marche version replaces the cream with meat broth. This version is typically served on Easter.

In Molise,  potatoes, field vegetables, bacon, and chili are added.

In Tuscany, the pancotto is prepared with sauteed  garlic,  celery, carrots and onions. The fragrance and flavor is further enhanced with an aromatic wild herb, such as nepitella (calamint), and seasoned with grated pecorino cheese and extra virgin olive oil.

In Umbria, rosemary is added to the same sauté.

In Lazio, it is colored with tomato sauce.

In Campania, in the province of Avellino, we find Arianese pancotto. It is a chicory or escarole soup boiled and sautéed in a pan with garlic, oil and chili pepper. The bread is soaked in the cooking water of the vegetables.

In Puglia, the pancotto is quite unique as the superb bread of Altamura is used as well as an aromatic herb called rocket. Additionally, potatoes, garlic and chili are added.

Finally, Basilicata’s use of bread from Matera, broccoli, turnip greens, hot pepper, garlic, and oil give this region much to be proud of.

Pancotto, similar to acquacotta, is a simple peasant soup with many different names and recipes. These characteristics are acquired from the many different Italian regions from which it comes from but nevertheless there is one common denominator. It is not the bread nor the broth used, but rather it is the unique expression of each similar but diverse people that create, cook, and enjoy pancotto.

And now onto the delicious pancotto recipe! 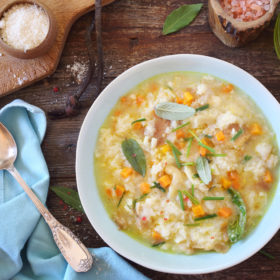 Liked this recipe?Follow us NonnaBox for more!
9 shares