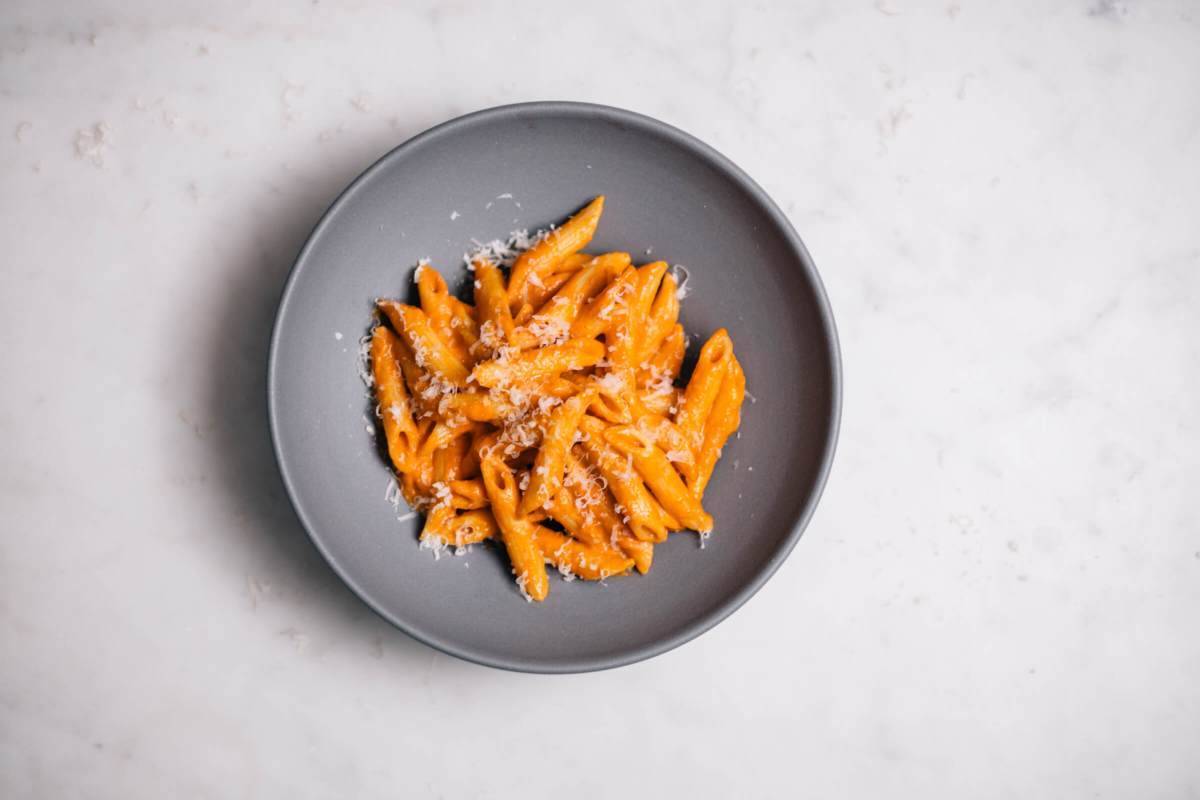 One of the most popular Italian dishes of the 1980s is coming back with a vengeance. Popular at all times of the year, it is especially enjoyed in the Winter; the rich creaminess warms you up, and the bright tomato flavors help you think of Spring.

Although it is a fairly simple dish, Penne alla Vodka has an interesting history and can be found in restaurants all over the United States and Italy. But why bother going out, it’s easy to make it at home!

Who came up with putting vodka in pasta?

As mentioned, the history of Penne alla Vodka is an interesting one. It first showed up on the culinary map in the late 1970s and exploded in popularity in the 1980s, becoming one of the modern classic pasta dishes. But who though to add vodka to tomato sauce, let alone adding cream (a big no-no in most Southern Italian cooking)?

It turns out there are multiple stories and multiple claims about the origin of this dish. In 1974, actor Ugo Tognazzi published a cookbook based on one of his movies that included “Pasta all’infuriata,” or furious pasta, that is very similar to Penne all’Arrabbiata with the addition of chili-infused Polish vodka.

This furious sauce isn’t the vodka sauce we know and love today, but it is one of the earliest uses of vodka in a pasta sauce. The Ultimate Pasta Cookbook, claims that vodka sauce was invented by chefs in Bologna, while Famous Italian Recipes says it was an American in New York. Essentials of Italian even claims that it was an advertising effort by vodka companies to try and increase market share in Italy! Historians may not agree on the origin, but consumers agree that it is a favorite.

Why did they put vodka in vodka sauce?

So, we know that vodka sauce came into fashion in the ‘80s, but that doesn’t answer why they’d put vodka into tomato sauce in the first place. It turns out, it acts as an emulsifier and helps prevent bad interactions between the acidic tomato and the cream.

Even more importantly, it helps release alcohol-soluble flavor molecules, leading to a brighter and fresher tasting sauce. For this to happen it needs to be cooked into the sauce, adding it after cooking, even in small amounts, will make the sauce taste alcoholic, and that is not the goal.

By simmering the sauce with the alcohol, it allows new flavors to come out of the tomatoes and to make the dish more complex. 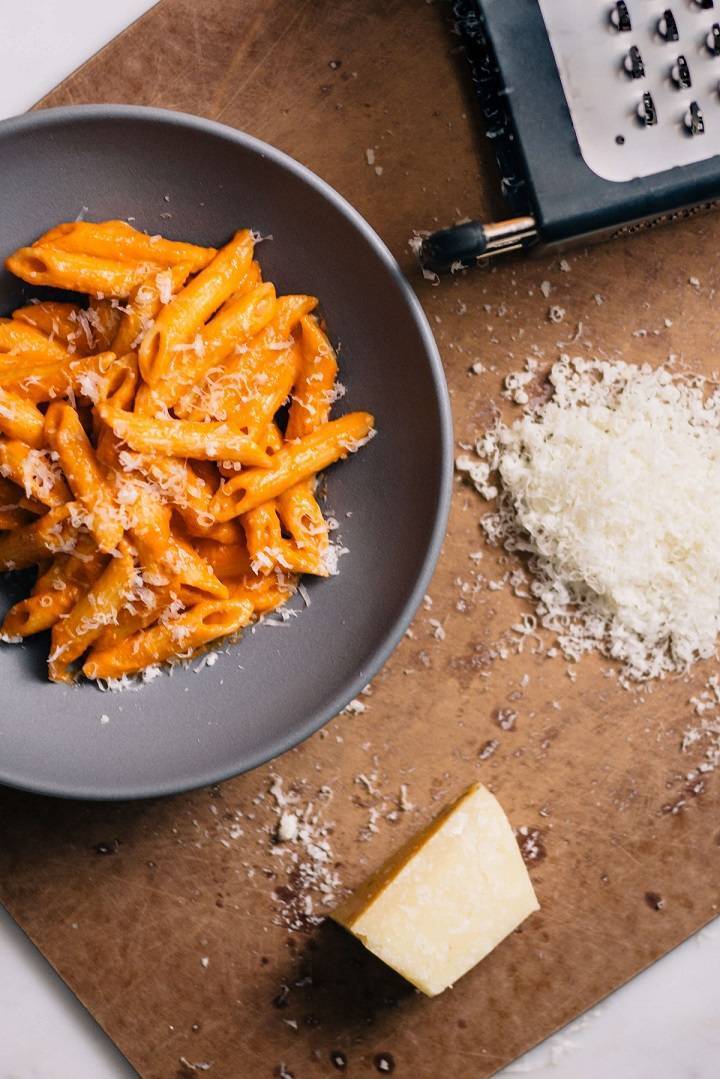 Do you have to put vodka in vodka sauce?

So, you might be wondering, “Is the vodka really necessary in vodka sauce?” or “Can I substitute the vodka?” It’s a hard question to answer. You could get a similar effect by adding a few tablespoons of vinegar and lemon or lime juice or white wine, which will lead to some brighter flavors, but it’s not going to be the same. In the end, vodka sauce without vodka isn’t vodka sauce. It’s just tomato sauce.

Will vodka sauce get me drunk?

If you are worried about serving vodka to people who don’t drink, you really shouldn’t worry as vodka sauce isn’t going to get anyone drunk (if it’s for religious reasons that they don’t drink, please check with them, out of courtesy). The alcohol cooks off and only a small amount is added in the first place. This dish is perfect for kids or others who abstain. They’ll love the creamy tomato flavors just like the rest of us.

Like many Italian tomato sauces, this works well with bright and fruity reds. Chianti or Chianti Classico (or other young Sangiovese bottlings) are great choices. Alternatively, however, it can work nicely with a Sauvignon Blanc (something from the Veneto perhaps) as the acidity and citrus notes cut through the creaminess and blend well with the bright tomato flavors. 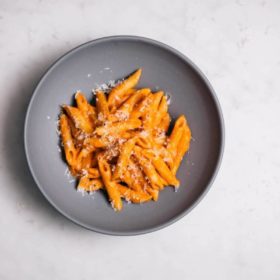 Some people add pancetta, capers, or green peas to this dish as there is a lot of variation by region and taste. If adding pancetta, add it when you first heat the pan, add capers while the garlic is cooking, and add green peas as you are adding the cream. These are not necessarily “traditional” additions, though many like them.