The Grandeur of Garlic: Benefits of Garlic and History

Garlic (Allium sativum) has been used and abused through the ages and most of us can’t imagine life without it even though we quite often wish that it had never been discovered. It belongs to the onion family (alliaceae) and is one of the most well loved of all spices, and has been used  for both culinary and medicinal purposes.

A bulb of garlic consists of numerous cloves but in the Yunnan province of China, one finds the pearl garlic (aka solo garlic). Nobody really knows the ancestry of cultivated garlic. It’s very easy to grow and grows throughout the year in mild climates.

The taste obviously depends on the amount and the cooking method used; it’s often paired with onion, tomatoes or ginger. In Japan & Korea, the heads of garlic are fermented at high temperatures to make sweet and syrupy black garlic which is available in South Africa, Australia, the USA, Europe and Britain.

Young bulbs that have been pickled in a mixture of sugar, salt and spices for about 6 weeks are really good as are the pickled shoots so often served as pre-dinner hors de oeuvres in eastern Europe. The young stalks of the garlic plant can also be eaten and are really rather good with a milder taste than the actual cloves (commonly known as spears, scapes or tops).

In certain parts of Asia even the leaves of the plant are eaten – they’re cut, cleaned & then stir-fried with whatever dish is being made. The French make aioli by mixing garlic with olive olive oil and eggs, the Greeks have created the heavenly skordalia by combining garlic with olive oil and potatoes, nuts or breadcrumbs and the Spanish make ajoblanco with garlic, almond oil and soaked bread.

Contrary to many beliefs, garlic is not as popular as a lot of people think in the Italian cuisine. Some of the most famous Italian dishes that use garlic are sauces such as arrabbiata sauce, in pasta aglio e olio, in the Piedmontese bagna cauda. The traditional bruschetta – pronounced as “broo-sketta” – is made by rubbing a piece of garlic on a slice of toasted Tuscan bread, a sprinkle of olive oil and a pinch of salt.

On the contrary, garlic is abundantly used in the Italian-American cuisine. So much that when you travel outside of Italy pretty much everybody refers Italian cuisine as garlic-y. Garlic bread, marinara sauce, chicken Marsala and pollo alla cacciatora are just some of the recipes that use abundant garlic. 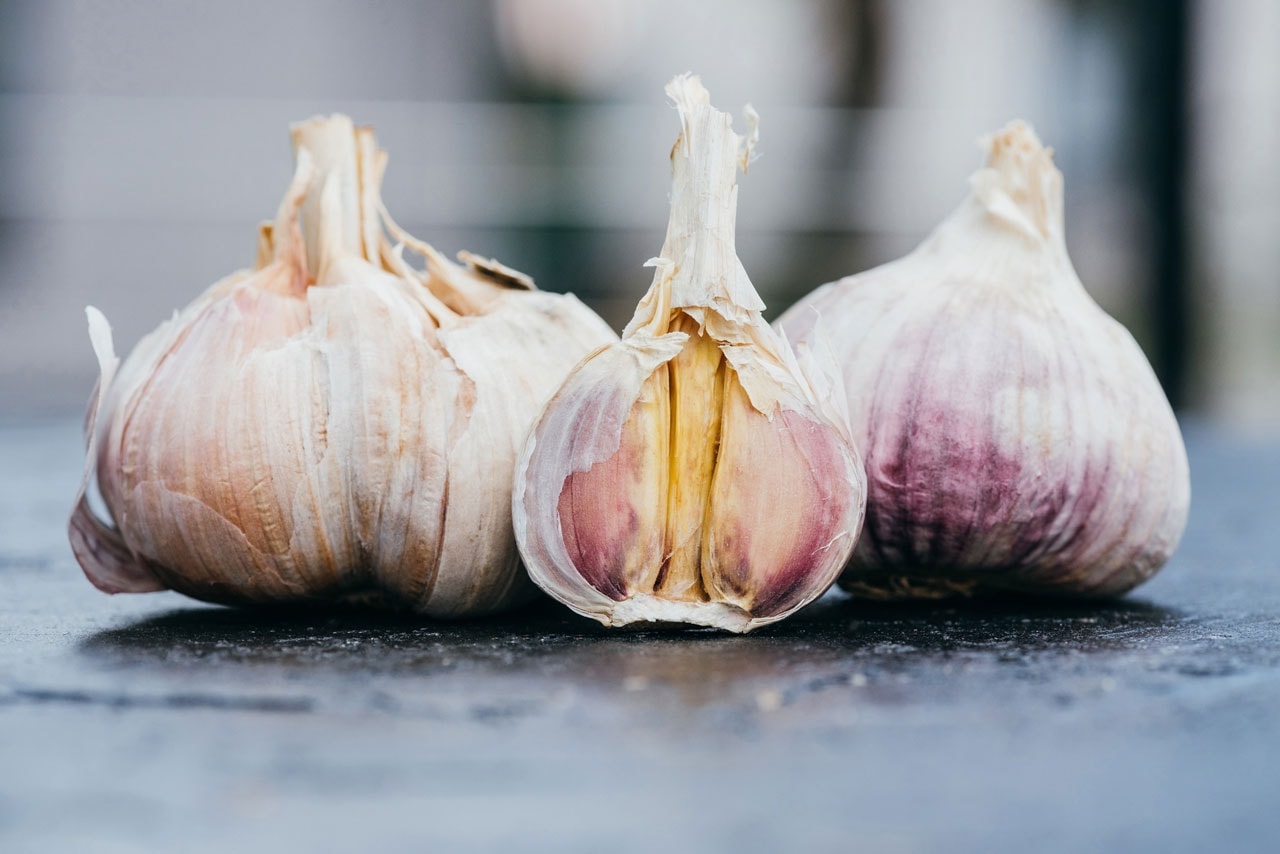 Garlic powder, often used as a substitute for garlic, tastes quite different from fresh garlic and we must bear in mind that only the tiniest tip of a teaspoon is equal a single clove (and then it’s really not that great anyway).

Garlic must be stored warm (never in a fridge) at about 18 C and it must be kept dry in order to keep it dormant (so that it doesn’t start to sprout). It’s traditionally hung or plaited. Whilst many people like to keep it in oil, very strict measures need to be taken to prevent the garlic from spoiling. 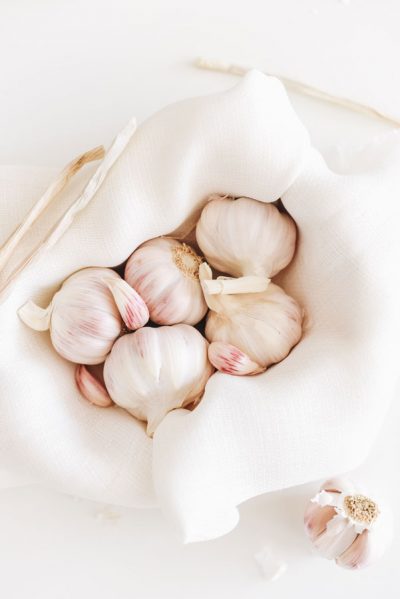 Untreated garlic kept in oil can support the growth of deadly botulinus that causes botulin. If you must  store  your garlic in the fridge (and you really shouldn’t if you can help it) preferably store it in wine or vinegar. “Commercially prepared oils are widely available, but when preparing and storing garlic-infused oil at home, there is a risk of botulism if the product is not stored properly.”  Retailers always add acids and preservatives to their garlic in oil to prevent botulism but  it’s never natural & you can taste it.

The first time we hear about garlic is around the time that the Giza pyramids were built in about 2,700 BC. To this day garlic is grown and thrives in Egypt even though the Syrian garlic is considered to be of a better quality. Garlic was well known in ancient times and Hippocrates, Galen, Pliny the Elder and Dioscorides recommended its’ use for respiratory problems, poor digestion, parasites and low energy levels – it’s mentioned in both the Bible and the Talmud but the first time garlic is mentioned in China is in 510 AD. African peasants were eating garlic long before Greek and Roman soldiers and sailors began using it and it does seem as if  it’s use was, at first, limited to the lower rural classes at first. 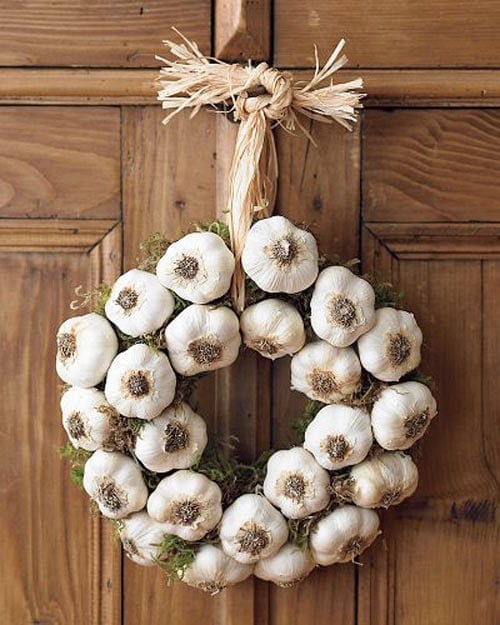 We all know that garlic causes horrible halitosis, unpleasant smelling perspiration (caused by  Allyl methyl sulfide (AMS). AMS is a gas which is absorbed into the blood during the metabolism of garlic and when the blood travels to the lungs and on to the  mouth and the skin, the smell is also transported. Washing with soap and brushing teeth is only a partial and totally imperfect solution.

Top Ten Garlic Producers in the World (in tonnes)

WHAT IS BLACK GARLIC? 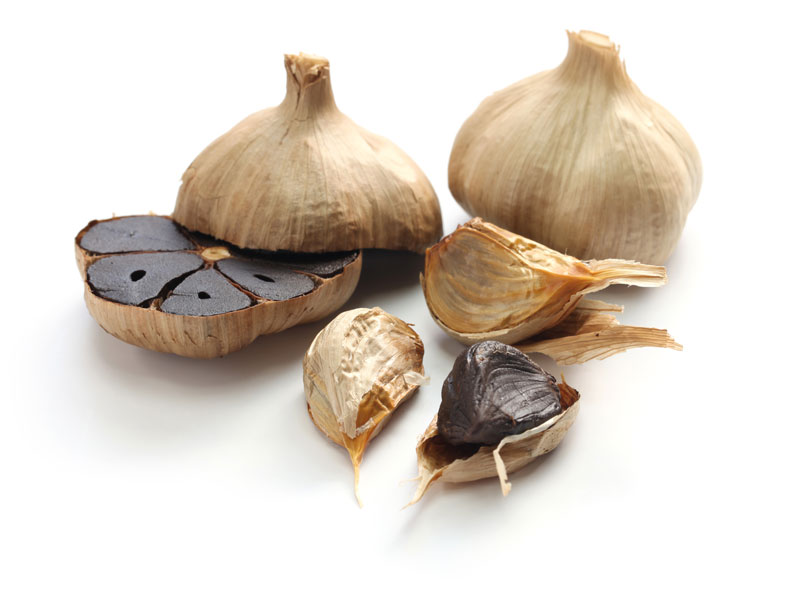 Black garlic is a fermented garlic that is used in Asian cuisine from time to time. The garlic is fermented at very high temperatures which cause the garlic to turn quite black. The garlic eventually tastes very sweet and syrupy and is a mixture between tamarind and sweet, aged balsamic vinegar. Finally, for those of you that really adore garlic, peel a couple of bulbs, pop all the cloves into a flat buttered oven dish and season with salt and pepper. Pour over enough cream to (just) cover and bake, uncovered, until the crust is golden and bubbling – of course the garlic needs to be very soft. Eat with plenty of crunchy bread and stay away from strangers!