Skip to content
Nonnabox.com is a participant in the Amazon Services LLC Associates Program, an affiliate advertising program designed to provide a means for sites to earn advertising fees by advertising and linking to Amazon.com
Quick Navigation show
1 WHERE DID SPAGHETTI COME FROM?
2 WHY DO PEOPLE THINK THAT SICILY IS THE ORIGIN OF SPAGHETTI?
3 WHY WAS IDRISI SO IMPORTANT?
4 WAS IDRISI MORE IMPORTANT THAN MARCO POLO?
5 SO WHAT’S IDRISI’S CONNECTION TO SPAGHETTI?
Share
Tweet
Pin
Yum

I truly believe that whoever had the idea of inventing spaghetti is responsible for one of humanity’s biggest blessings.  I mean…Mamma mia! Spaghetti with sauce brings me fond childhood memories that I will cherish forever, as it’s one of the first meals I was asking my mother to do over and over again.

One of the reasons spaghetti made such an impact in our culinary culture is probably due to the fact that spaghetti just lets you go crazy with it. When it comes to food, we are used to follow a recipe, add a certain amount of ingredients in a certain order and in a certain quantity. Pasta allows you to experiment in any way you want. Just like pizza, you can add numerous toppings (yes, even pepperoni, despite it not being Italian!), fillings and spices, although because I am nostalgic, I often go only with the classic tomato sauce instead.

You have to give it to the Italians though. How often do you see in a restaurant menu the same ingredient served in dozens of combinations?

WHERE DID SPAGHETTI COME FROM? 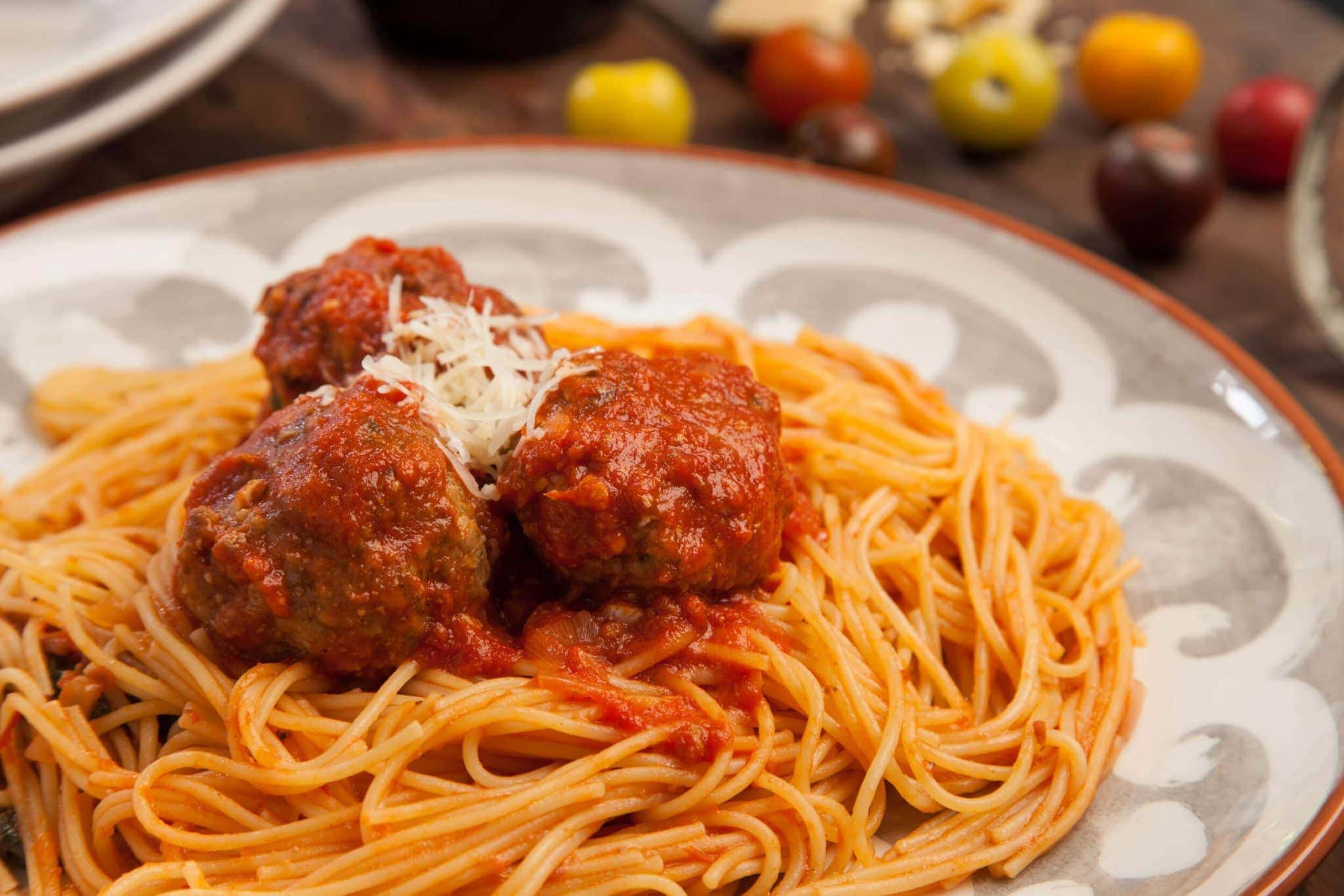 We’ve already talked about the unclear origins of pasta and spaghetti shares a similar story. Is the origin of spaghetti tied to Sicily though? It’s hard to tell, because in numerous cases, developments of a certain dish were taking place at the same time in two different parts of the world. Think of it like a joke about current news. You make a comment about something ridiculous you’ve seen on TV and you post it in a comments section, thinking you’re the first. But then, you realize that some other random person had the same thought on a whole different page. Sticking to food, a good example is ice cream.

Believed to have been first prepared in ancient Rome within the depths of Mount Etna, the Russians were basically doing the same thing, perfecting ice cream in their own snowy mountain regions. Because of these occurrences, I think it’s a bit unfair when countries take full credit for their food and feel protective of it. First, societies have never quite been homogeneous and with the migration that was a constant happening, every culture brought something to the table, everywhere they went. The influences run all over the place and while I understand the protectiveness over dishes that have become a staple for your country, they can still be yours even if others took them and ran away with it or if you invented it, but others perfected it.

WHY DO PEOPLE THINK THAT SICILY IS THE ORIGIN OF SPAGHETTI? 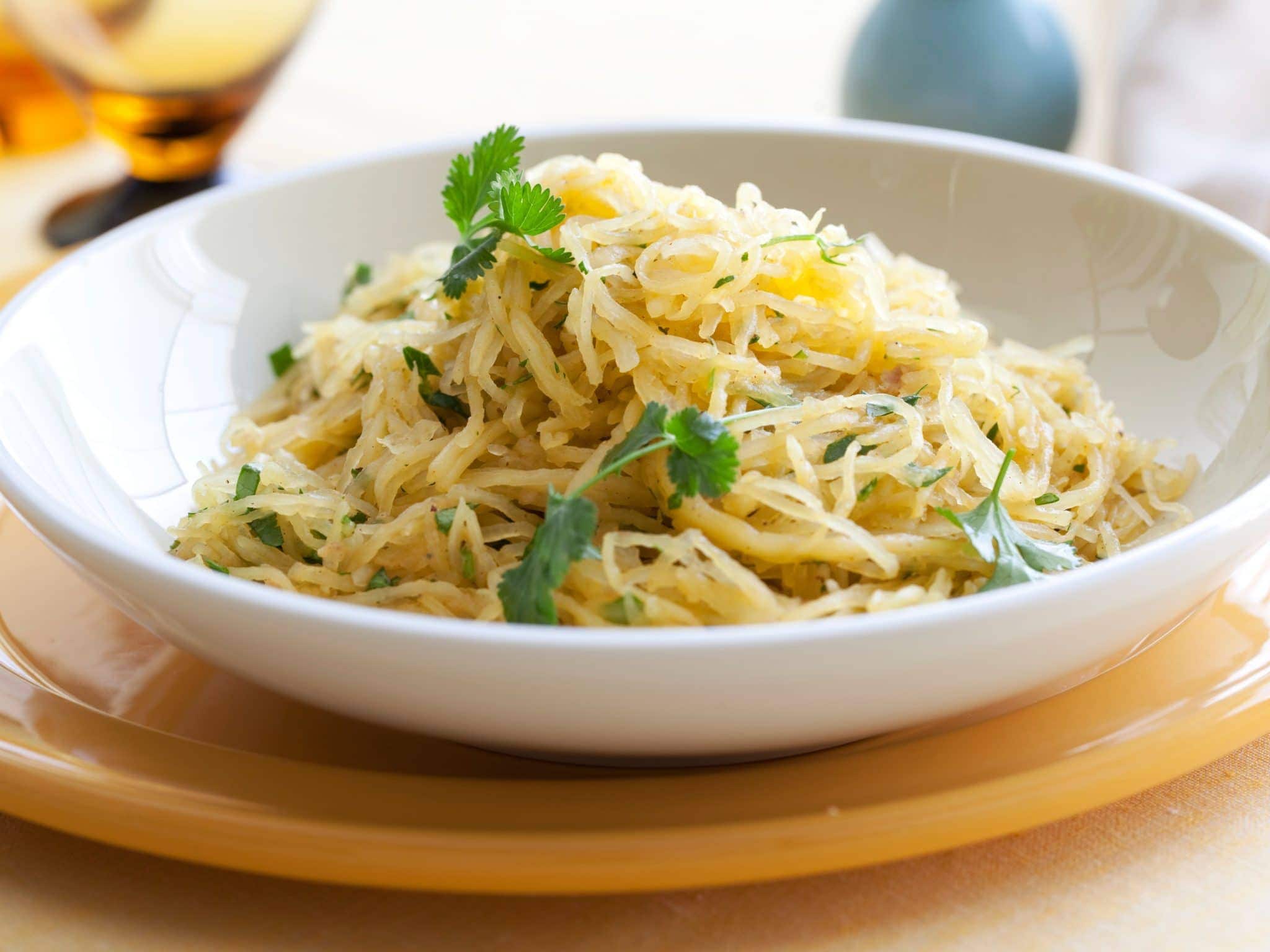 If you read our pasta article, you won’t be surprised by the following revelation, but if yes, SPOILER ALERT: it was probably not thanks to Marco Polo. Popular history attributes spaghetti’s discovery to China, which is logical when you think about it, because China is responsible for many inventions that Europeans tried to pass as their own. So one would think, “Why not pasta too?” Why couldn’t China be the one who invented spaghetti? In reality, Arabs are believed to be those who introduced durum wheat to Sicily, in the Middle Age.

And now it’s time for a bit of a history lesson. At the beginning of 1154, Sicily’s monarch King Roger II was on his deathbed. Now mind you, this was long before Marco Polo would enter the picture—just to be clear. A geographer and chronicler staying at the king’s court and going by the name of Abu Abd Allah Muhammad al-Idrisi completed an in-depth geographical survey of Sicily. Yes, before Internet was making surveys for things like your favorite M&M candy color, Idrisi was doing it the hard way. We now take surveys for granted, because they are everywhere, but Idrisi deserves every bit of credit for making us aware of the micro economy and social habits in Sicily, during the XII century.

WHY WAS IDRISI SO IMPORTANT? 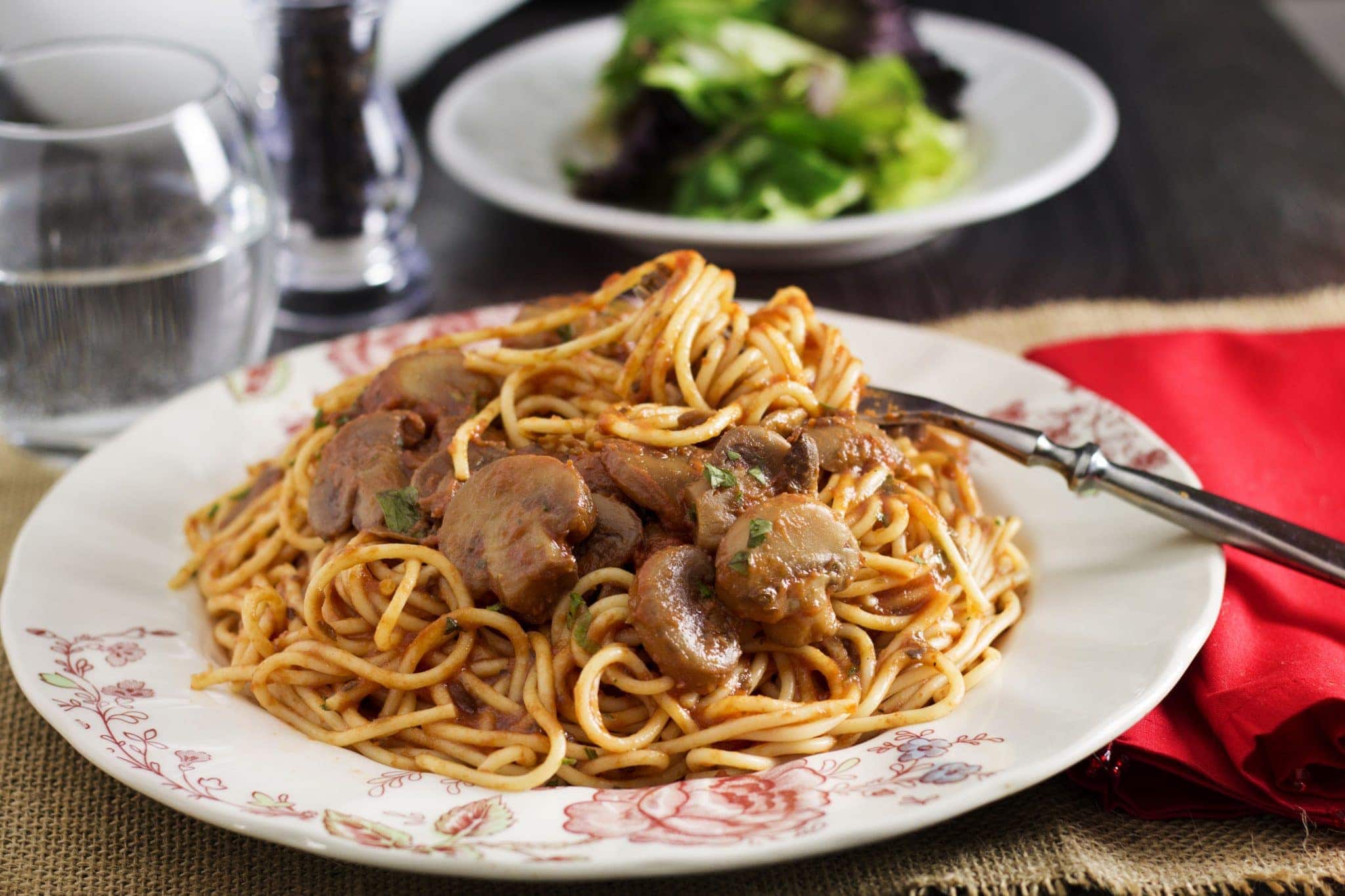 Idrisi was born in northwestern Africa, educated in Spain and established in Italy, in 1139, having arrived in Palermo, with the purpose of researching world geography. His research resulted to the creation of “The Book of Roger”, which wasn’t limited to research results on Sicily, but it encompassed other regions too. The book was revolutionary in many ways, especially for revelations like the Earth being round, which was a groundbreaking discovery back then. “The Book of Roger” is considered to be one of the most important books written at that time, although the Roman Catholic Church was not too pleased with it and that’s why its reach was fairly limited in other European countries.

And we still don’t know what’s up with Idrisi and spaghetti, but we’ll get to the origin of spaghetti and how it’s tied to Idrisi in a bit. It’s just that his accomplishments are too good to be neglected. Similar to Marco Polo, he was a voyager, but unlike Marco Polo, he was more interested in the scientific part of his discoveries and less in writing subjective letters like Marco Polo, who was writing about what he was seeing and what he was growing fond of. So while each of the two had their own contribution to history, it’s just apples and oranges. You can’t compare the two and it would be unfair to do it, as they both have important contributions to history.

SO WHAT’S IDRISI’S CONNECTION TO SPAGHETTI? 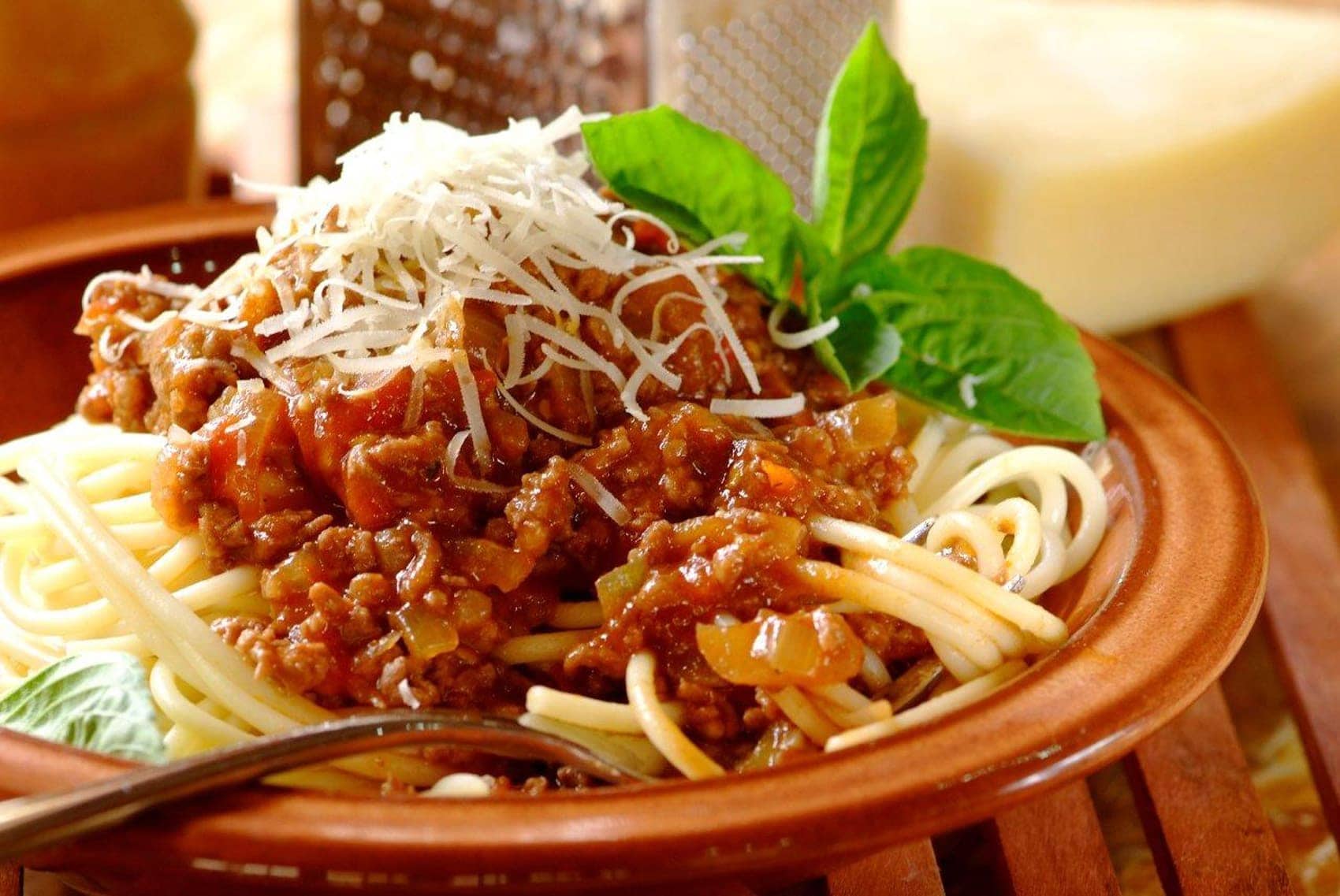 In the “Book of Roger”, he mentions at some point that in Trabia (Sicilian town), people used to make long stripes of pasta using hard wheat, exporting the product to other regions as well. Now this might come across as a casual observation, but for it to be mentioned in such an important book denotes the fact that he considered it noteworthy. While he doesn’t give specific information on the origin of spaghetti, the fact that Sicilians were exporting their pasta strands does seem to be a hint that pasta was not known outside of Sicily.

So there you have it! For a long time, people were not aware about spaghetti getting a shout-out in the “Book of Roger”, but it is in a way reassuring to know that an ingredient which is instantly recognizable and associated with your country, might have in fact originated there.