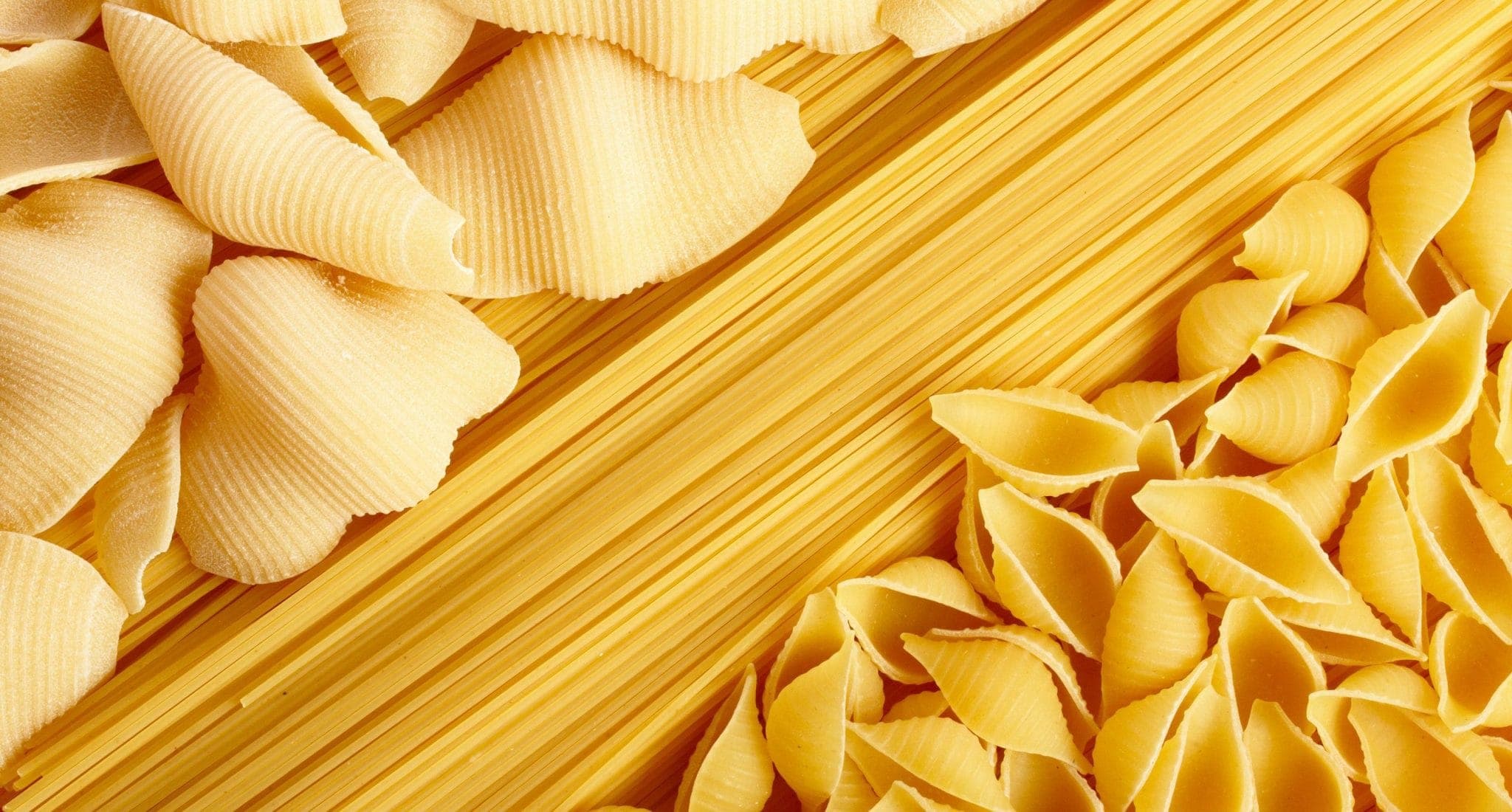 Quick Navigation show
1 IS EGG PASTA HOW EVERYTHING STARTED OR…?
2 JUST HOW IMPORTANT IS THE DRYING PROCESS?
3 IT ALL BEGINS HERE
4 WAS MARCO POLO TO PASTA WHAT CHRISTOPHER COLUMBUS WAS TO NATIVE AMERICANS?
5 COMMERCIALIZED PASTA–OR THE RISE OF THE MACHINES

Ah, pasta! Alongside pizza, it’s the most common culinary word on your mind when you think of Italian gastronomy. It has definitely earned a place in the food hall of fame, not just because of its versatility, but also because—admit it, pasta lovers—you too recreated THAT scene from “Lady and the Tramp” which almost never happened, with your significant other endless times. You know you are popular when Disney has the most important scene in a movie be all about you.

IS EGG PASTA HOW EVERYTHING STARTED OR…?

We know the many ways in which we can cook pasta, but what is pasta made of? As a dry ingredient, there’s not much about it: salt, water, flour, semolina flour and eggs. Sometimes, if you want to steer away from the classic recipe, you can also add dry vegetables and give them a certain color. In southern regions of Italy (Sicily, Calabria, Naples), the classic pasta doesn’t include eggs and the reason for that is that they prefer a lighter pasta. Egg pasta is a bit harder to digest—and yet, for many years, the egg pasta was preferred over the classic way of making it. 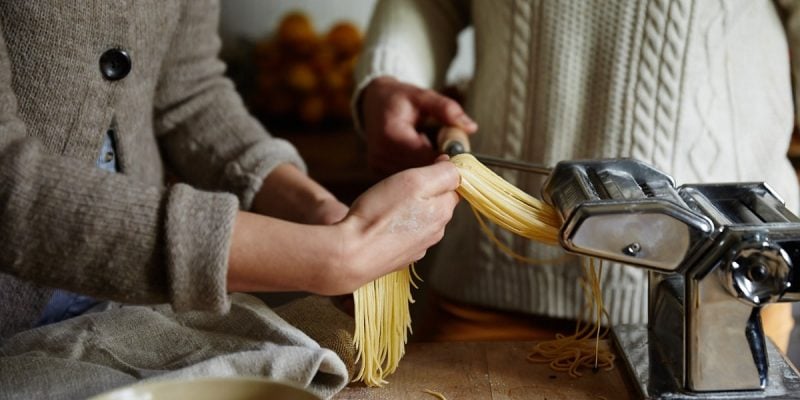 However, pasta makers from southern Italy are now not only catching up, but also surpassing other pasta makers. They are beginning to get noticed not just on an international level, but also in Italy, by its northern cousins. Their secret weapon is the semolina flour, which is high quality, and the meticulous drying process, which takes the art of making pasta to a whole new level.

JUST HOW IMPORTANT IS THE DRYING PROCESS?

The drying process is essential when it comes to the texture of the pasta and it can last up to 48 hours. There are two stages the dough is put through. The first one involves pasta losing a third of water content and creating a very thin layer over every shape, so that the end product won’t have imperfections. After all, part of what makes pasta so intriguing lies in the various shapes it can be molded into.

The second process is when the actual drying occurs, placing the shapes in net trays which are inside something resembling a drawer with holes on both side. The holes are there so that the remaining water could evaporate, as the shapes are treated through cycles of hot air.

Time is variable, but it’s certainly higher than the average 15 minutes needed on an industrial level, where there is more heat to speed up the process, thus resulting in more fragile pasta. Real pasta makers are patient! 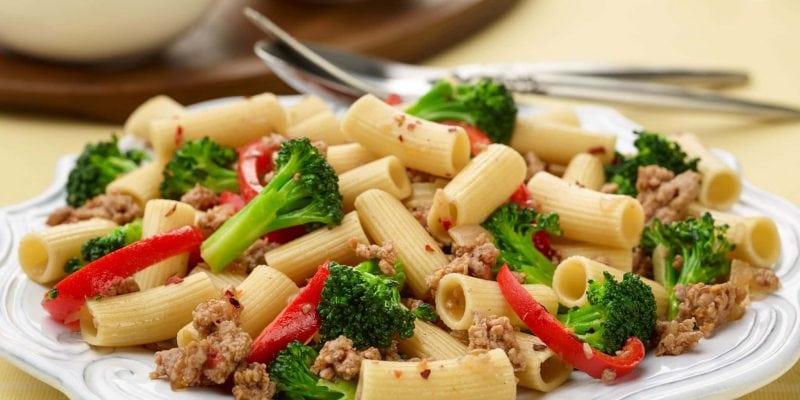 Now that you know what is pasta made of, you’re probably wondering how much pasta should you eat on a weekly or monthly basis. Growing up, I’ve always heard from my mom, “DON’T EAT TOO MUCH PASTA! IT’S NOT HEALTHY!” Well, sorry mom, but in my book, you can never have too much pasta. But honestly, she kind of had a point there—but don’t tell her!

You see, pasta itself is considered healthy, but you never eat your pasta dry, without anything else, right? After all, what is pasta without its sauces? That’s where the calories start to add up. Not that we care too much about that.

IT ALL BEGINS HERE

Now that we got that out of the way too, perhaps it’s time to talk about origins. And I am not talking about X-Men Origins: Wolverine (I’ll pretend that that movie never happened), but about the origin of pasta. 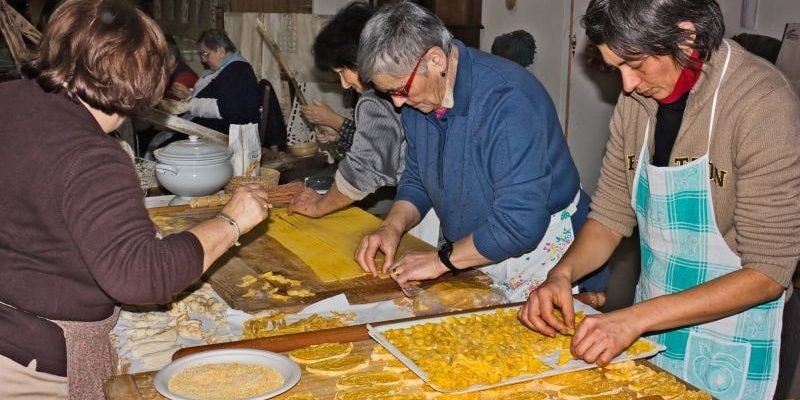 If your answer to a question like “Where did pasta originate?” is “Italy, d’oh!”—you’re not exactly wrong, but…there’s more than that and the history of pasta is quite fascinating.

There are many theories surrounding it and many credit Marco Polo with introducing the pasta in Italy, after returning from one of his trips to China. First, let me get this straight—people actually credit Marco Polo with the discovery of pasta, even though it’s clearly mentioned that he brought it home after a trip to China? Surely the Chinese would deserve more credit. That’s like saying Columbus discovered America, even though the place was already inhabited by the Natives long before he came along.

WAS MARCO POLO TO PASTA WHAT CHRISTOPHER COLUMBUS WAS TO NATIVE AMERICANS?

Well, sure, it sounds nice to say that Marco Polo is the one who invented pasta, but while he does mention in his memoirs about the Chinese eating “macaroni or other types of pasta,” the way he mentions the topic is so casual, that we can’t be talking about a revelation. I mean, who can talk about discovering pasta without getting excited about it?

Honestly, the origin of pasta is still debatable, but one which seemed to stick is that ancient Etruscans made pasta by grinding grains and cereals and mixing them with water—a mix which would eventually be cooked and, of course, enjoyed. When the Greeks came along in Naples, they instantly fell in love with a local dish made of pasta containing a small amount of flour and water, named “macaria”.

COMMERCIALIZED PASTA–OR THE RISE OF THE MACHINES

At the start of the XVII century, Naples already had proper machines designed to produce pasta, and Gragnano (a commune in Naples) was the place where pasta excellence was being achieved, thanks to the special climate generated by dry winds on one hand, and warm and humid winds on the other. The manufacturing process was made easier thanks to the perfect conditions and pasta was even laid out on the streets, so it could dry.

This makes me regret not having been there, because there is something oddly satisfying in seeing pasta being done the old-fashioned way, before everything became industrialized. Although in all honesty, if the pasta machine and the press wouldn’t have come along, I would have probably never gotten a chance to taste pasta so many miles away from Italy, because that was what made pasta accessible at a low price. 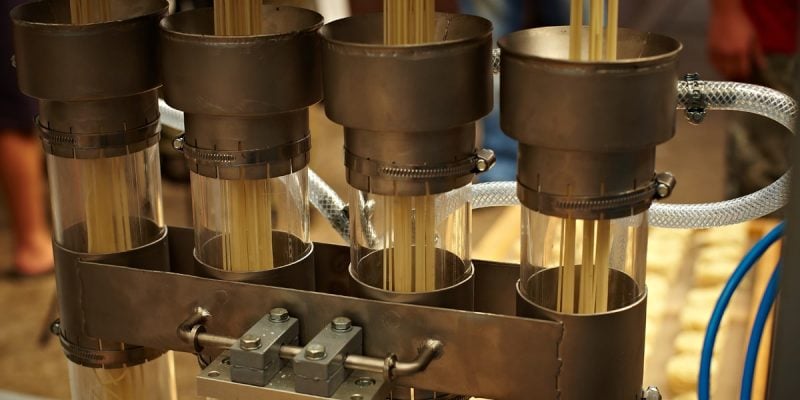 1914 marks the start of artificial drying, which made pasta sellable, as it allowed it to be produced in large quantities. Export sales boomed, especially to the United States, which bought most of the 70,000 tons, until they got hold of machines to produce the pasta themselves, just like the other importing countries, although export sales remain high.

There is this side of me which mourns the fact that pasta, just like all great things, became industrialized, but on the other side, this is probably the only way I would have discovered it. And I surely love my pasta with tuna with all my heart.

We either have pasta dried out by special machines or we don’t have pasta at all and even though I hope that the art of traditional pasta making will never die, I embrace the fact that it is so present in every food culture around the world, because it clearly deserves its place.