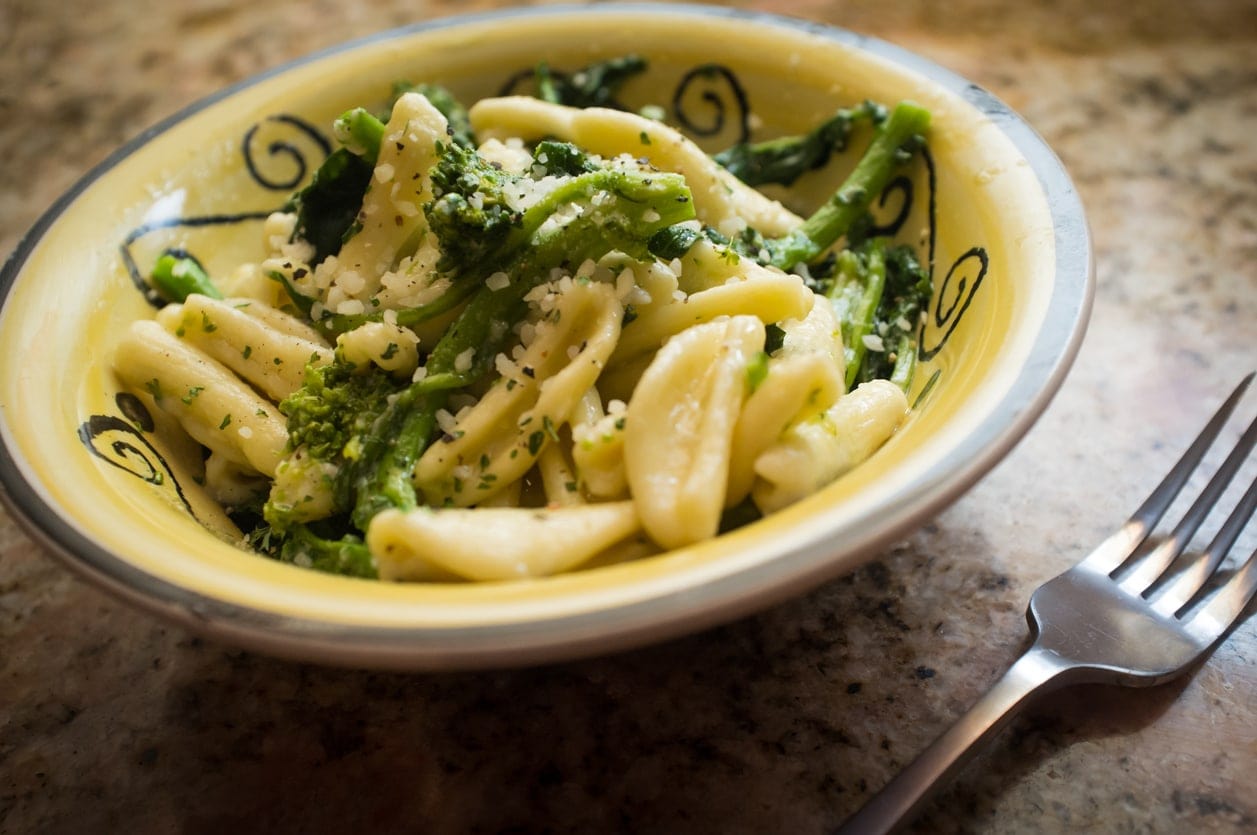 Quick Navigation show
1 Now, what is Cavatelli?
2 The Pasta of Many Names
3 What is the difference between gnocchi and cavatelli?
4 How to make Cavatelli?
5 Authentic Cavatelli and Broccoli Recipe
5.1 Ingredients
5.2 Instructions
5.3 Notes
5.4 Nutrition
3.6Kshares
Jump to Recipe Print Recipe

When you mention pasta, what usually comes to mind for many people is Italian cuisine. As a matter fact, pasta has always been associated with Italy and Italian cooking.

To be fair, pasta did originally come from Ancient Rome. Although many historians believe Arabs were the ones who introduced the cultivation of durum wheat centuries ago to locals in Southern Italy, more particularly Sicily.

To this day, the very ideas of Italy and all types of pasta are so intertwined in pop culture that they are even depicted in many iconic movie scenes.

In fact, among the most famous scenes in Mafia movies involved Italian Americans preparing delicious pasta dishes. Yep, gangsters cooking, or eating, yummy pasta dishes. What would make more sense than that?

Case in point, who could forget the scene in The Godfather when Clemenza was teaching Al Pacino’s character Michael how to make his Spaghetti and meatballs sauce?

And remember that famous “cooking in prison” scene in Goodfellas? Ray Liotta’s character was narrating how “dinner was always a big thing,” and that they usually had a pasta course and a meat or fish. That was such a quaintly epicurean scene. Y

ou could almost smell the sweet savory aroma of that delicious thick pasta sauce wafting from that pot in front of Vinnie. Hmmm… 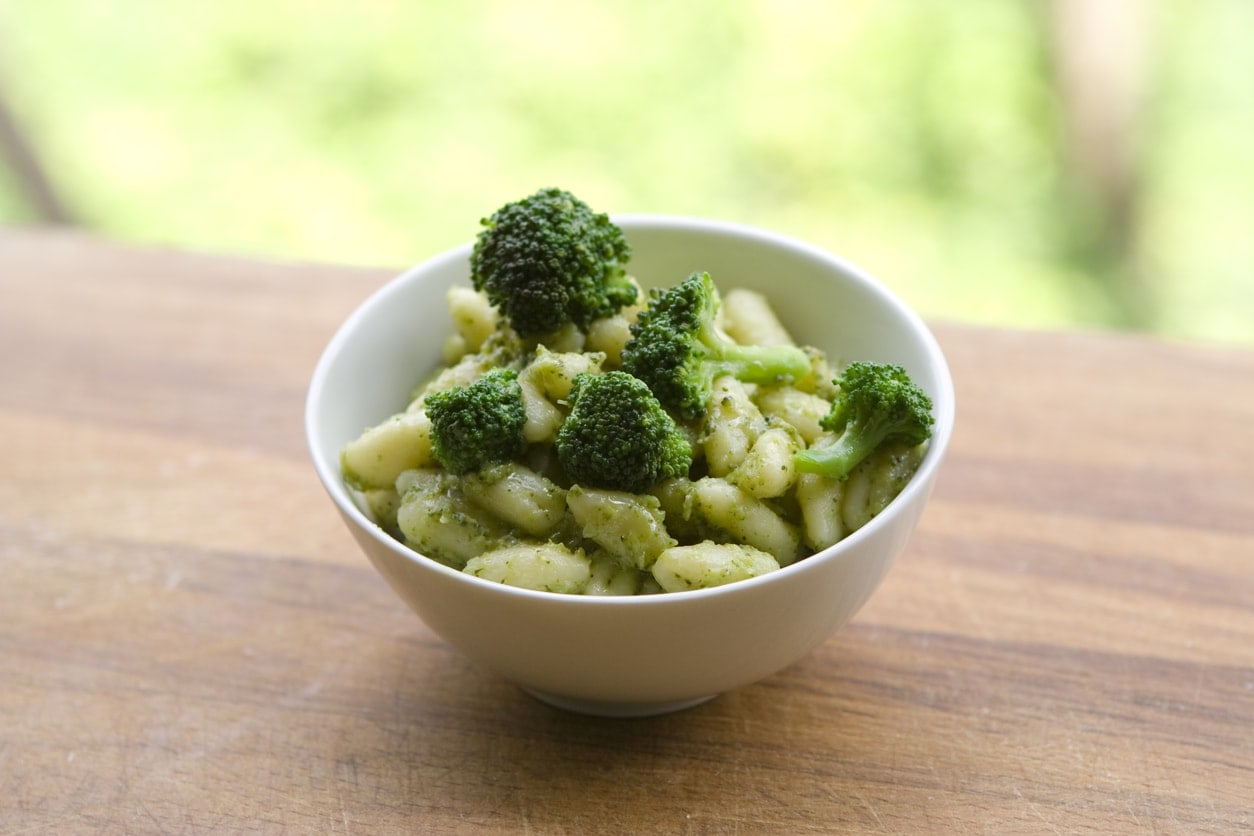 But yummy sauces aside, do you know that not all pasta are created equal? According to American celebrity chef Mario Batali, one of the most unique and delicious types of pasta around is… no, not spaghetti (although for us, spaghetti is equally scrumptious), but the cavatelli.

Now, what is Cavatelli? 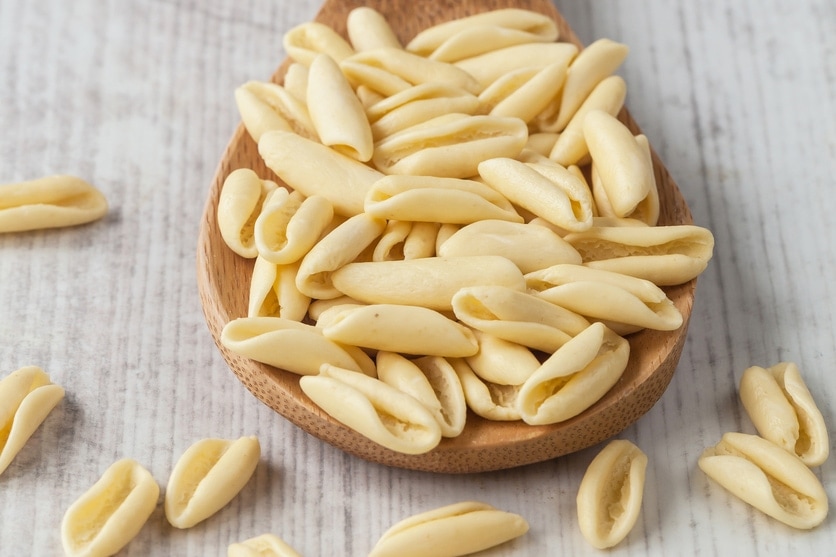 For those of you who are not so familiar with them, cavatelli are small pasta shells made of eggless semolina dough.

They are shaped like mini hotdog buns (or little bicorn hats, for others) and are most often cooked with thick sauces or pasta salads with dressings.

Sometimes cavatelli are made with ricotta cheese mixed in with the semolina dough.  Now those are called ricotta cavatelli. Sounds positively delicious, don’t you think?

Now, the name cavatelli literally means “little hollows.” It comes from the Italian words “cavare” which means “to hollow” or “cavato” which means “gouged” and refers to the hollowed or scooped part of each pasta shell. Cavatelli is sometimes confused with casarecci.

But if you look closely, you will find that the former are short and stout while the latter are narrow and longer.

In the mid-20th century, particularly in the 50s and 60s, cavatelli dishes were considered special by most Italian American families. This was because they were typically only served during special occasions.

The Pasta of Many Names 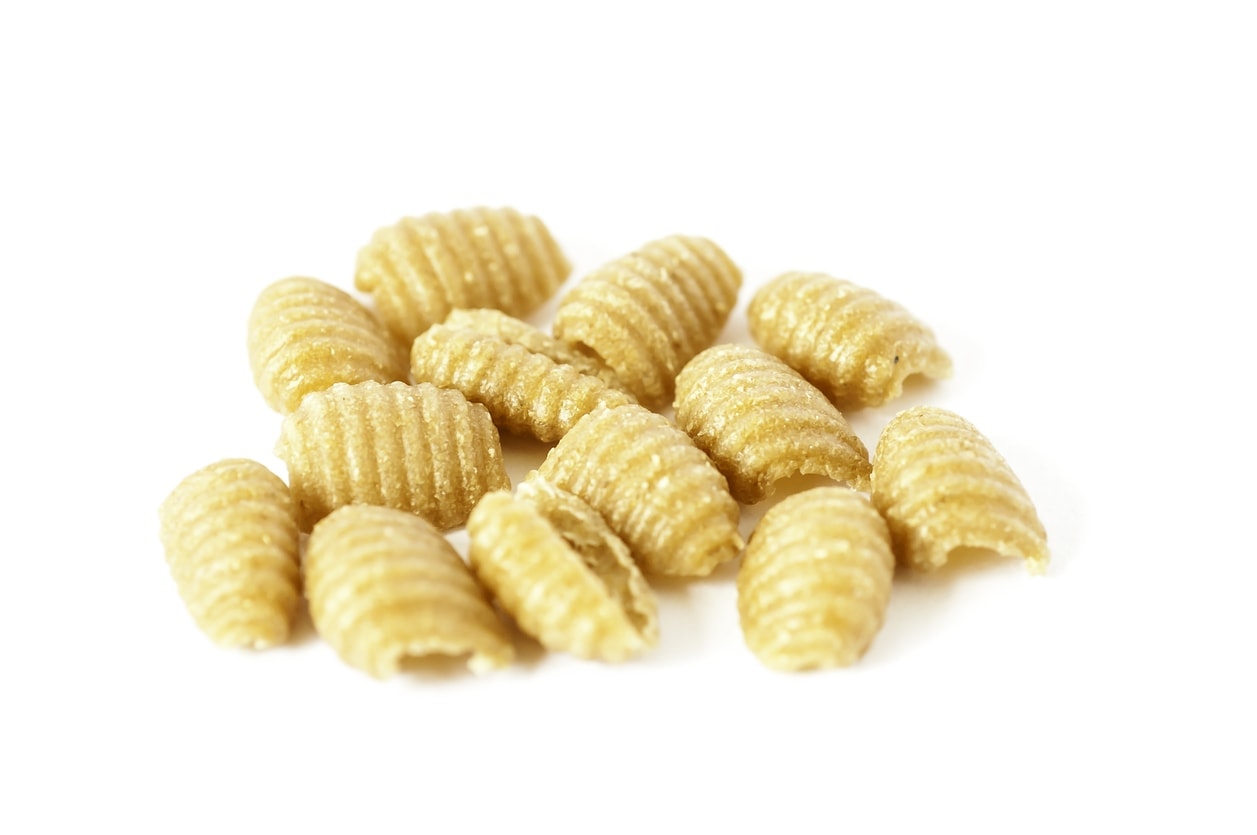 For many Italian Americans, and for those who used to watch The Sopranos, these cute pasta shells are called gavadeels [gah-vah-deels]. But technically, it is spelled as cavatelli and pronounced as kah-vah-tell-li.

What is the difference between gnocchi and cavatelli?

Quite often, people mistake cavatelli for gnocchi because they sort of look the same. But actually, gnocchi are typically bigger and not hollow.

Due to the common mistake, some people actually call this pasta gnocchetti [nyo-ke-ti]. Aside from that, there are many versions of cavatelli all over Southern Italy.

As a result, they are called various names. Some of the most interesting ones are the parmarieddo [par-mar-ye-doh] in Campania, orecchie di prete [o-re-kyi-di-pre-teh] in Abruzzo, and pizzicarieddi [pit-zi-car-ye-di] in Apulia.

In Sardinia, pasta that are shaped like cavatelli, only it is flavoured with saffron, are called malloreddus [ma-lo-reh-dus] or gnocchetti sardi [nyo-ke-ti-sar-di].

It is estimated that cavatelli has around forty different names all in all in Southern Italy alone. However, they are mainly names locals use within the 7 regions.

So, have you seen and munched on cavatelli by any other name before?

How to make Cavatelli?

So you want to try your hand at making cavatelli? Well, you can try following this simple guide:

Ecco! You now know how to make cavatelli pasta. 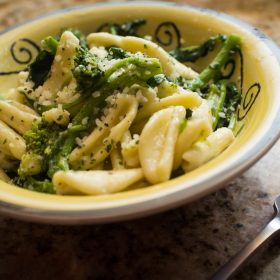 After making your own cavatelli, it is, of course, only natural that you immediately use them. Well, you can start with this popular traditional Italian dish: Cavatelli and Broccoli. Follow the authentic cavatelli and broccoli recipe below.
3.81 from 51 votes
Print Pin Rate
Course: Pasta
Cuisine: Italian
Keyword: broccoli, cavatelli
Prep Time: 15 minutes
Cook Time: 10 minutes
Total Time: 25 minutes
Servings: 4 people
Calories: 667kcal
Author: Nonna Box

Best paired with a glass of Pinot Grigio or Sauvignon Blanc.