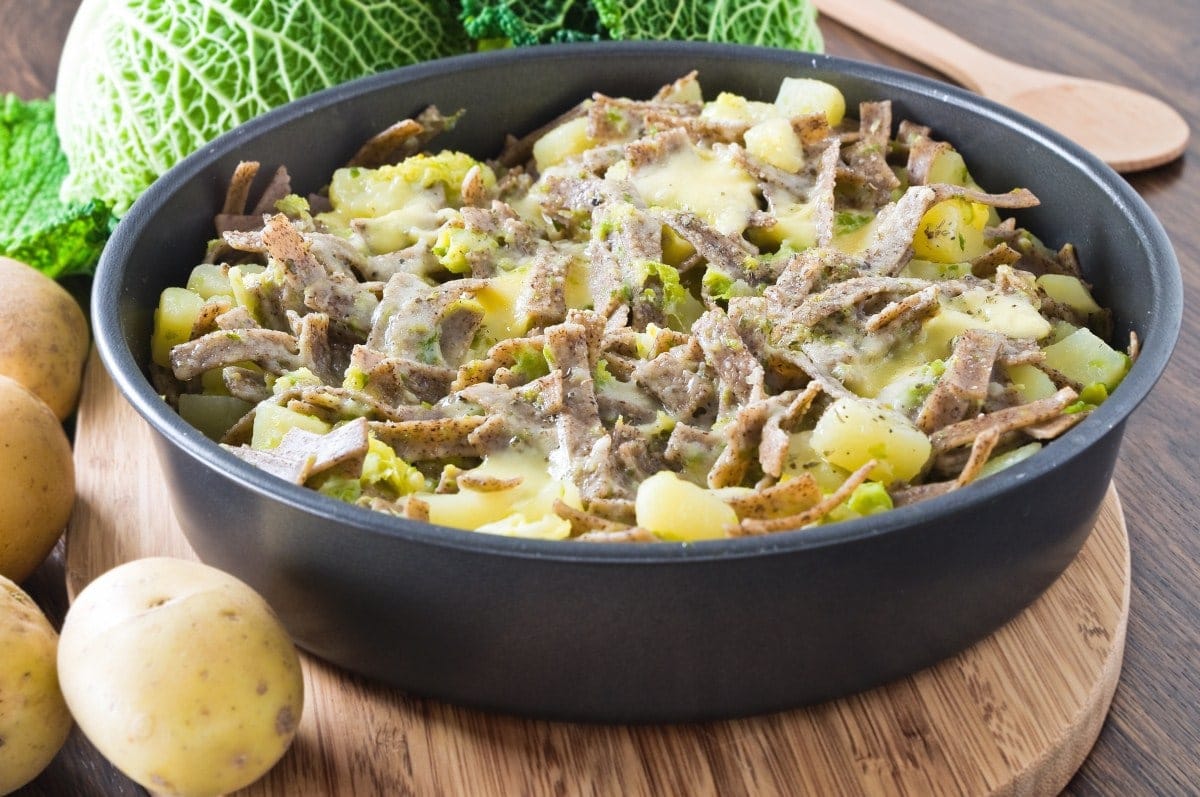 The world of Italian pasta has its superstars (e.g., spaghetti, linguine, etc.), but there are several other intriguing pastas that remain somewhat under the radar, and pizzoccheri would definitely fall into this category.

Contrary to its somewhat misleading name, pizzoccheri doesn’t have anything to do with pizza; instead, it’s a flat, ribbon pasta comprised primarily of buckwheat flour, and is typically used as the main ingredient in a hearty winter pasta dish of the same name.

With robust ingredients such as butter, potatoes, cheese, and savoy cabbage, the dish pizzoccheri alla Valtellina (which is universally known as the pizzoccheri dish of choice!) is known for being rich, tasty and very filling, and as such it’s the perfect culinary choice to help keep you warm and satiated on a cold winter’s day. 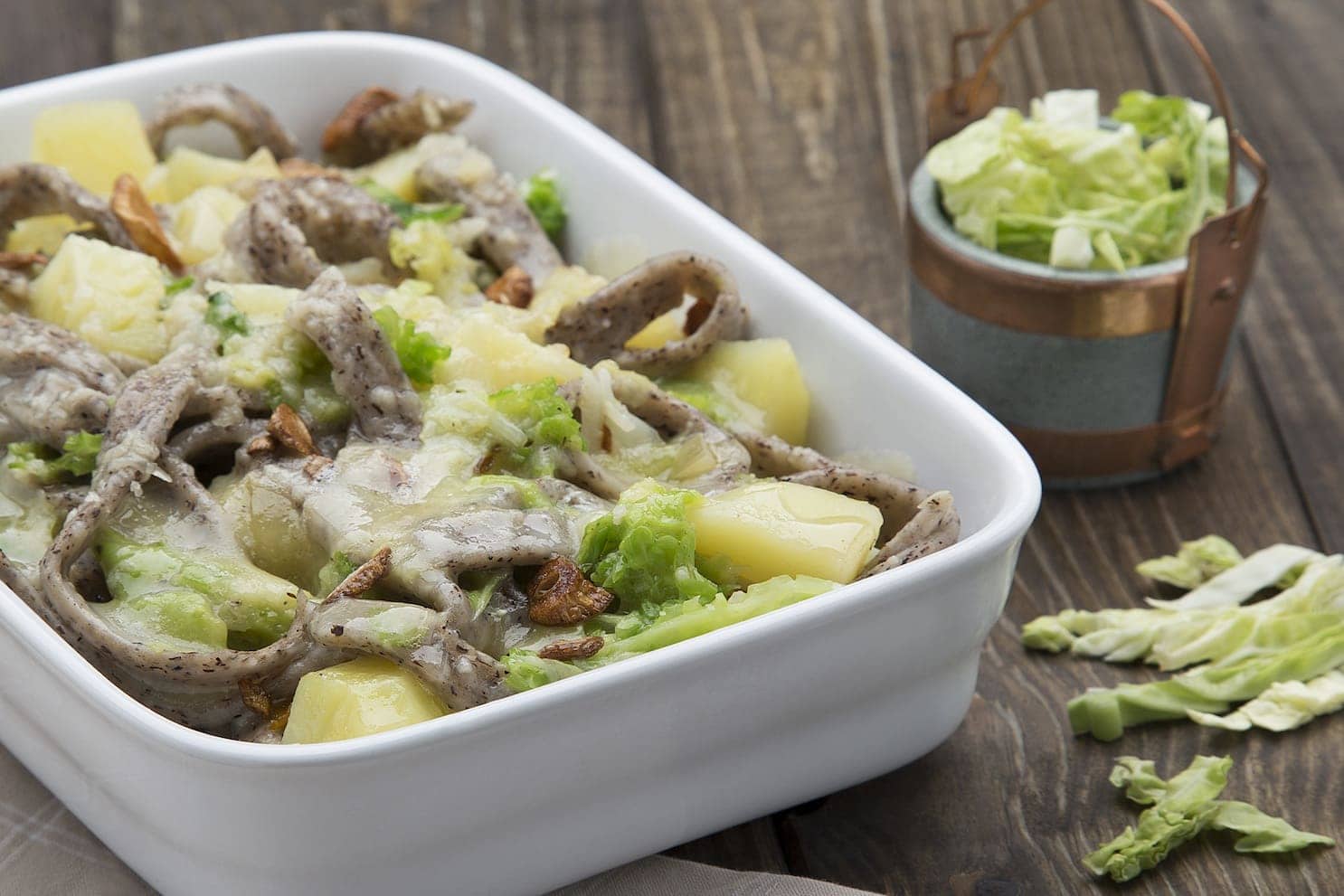 The History of Pizzoccheri

While there is some debate regarding its exact place of origin, pizzoccheri is commonly believed to be a product of the Valtellina area, which is a small valley located in the Lombardy region of northern Italy.

Valtellina is world-famous for its visually impressive mountainside vineyards, and, being nestled in the shadow of the Italian Alps, it has also earned a reputation as a world-class skiing mecca.

A calorie-rich dish such as pizzoccheri alla Valtellina would make perfect sense for this type of locale given that it’s the ideal fuel to help you stay charged up for your next excursion down the slopes.

This is one of the reasons why you’ll frequently see the popular plate as a staple on the menus of local hotels and restaurants in Valtellina. 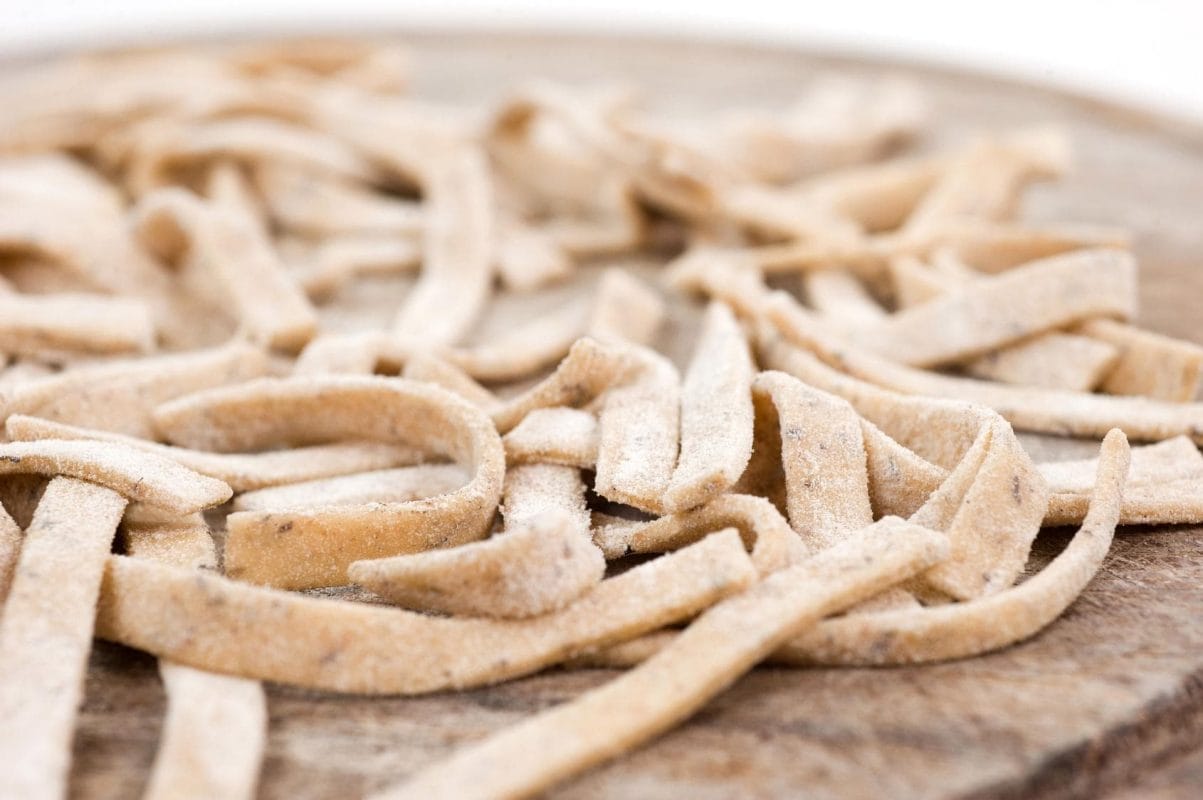 In terms of when pizzoccheri alla Valtellina made its debut in culinary history, the dish was first mentioned in 1550 in the work of Ortensio Lando, a sixteenth-century Milanese writer who listed pizzoccheri within his Catalog of Inventories of Things that May Be Eaten in Italy. The origin of the word “pizzoccheri” itself is the subject of a variety of theories:

According to some, it is the product of the word “bizzo,” a dialect word that means “a mouthful.” Others believe that “pizzoccheri” stems from the word “piz,” which is a local dialect word meaning “a little bit” or “a little piece.” This would be fitting, as the pasta used in pizzoccheri are basically short pieces of tagliatelle.

The primary ingredient of pizzoccheri pasta — buckwheat — has been grown in the area since at least the early 1600s, making it an appropriate flour choice in light of the resources of the region.

When you consider the other hearty ingredients that comprise pizzoccheri alla Valtellina as well — e.g., butter, cheese, potatoes, etc. — it only makes sense that a dish like this would emerge from an area where high-calorie fare would be needed to sustain the local population during leaner times.

It should be noted that pizzoccheri alla Valtellina is a highly venerated dish in the Valtellina region, so much so that an actual Academy has been established (as of 2002) to ensure the preservation of this time-honored traditional recipe.

The Academy of Pizzoccheri, located in Teglio (the ancient village where pizzoccheri was reportedly created), has officially registered and codified the recipe in order to provide strict parameters for how the dish should be made.

For example, you cannot use pasta of any other dimension than 7-8 centimeters long and 5mm wide. In addition, only a particular cheese that is local to the region (DOP-certified Valtellina Casera) can be used in the recipe.

As you can imagine, many people may not have access to these specific resources, so of course a little bit of creative license is allowed if you plan to cook pizzoccheri alla Valtellina yourself. 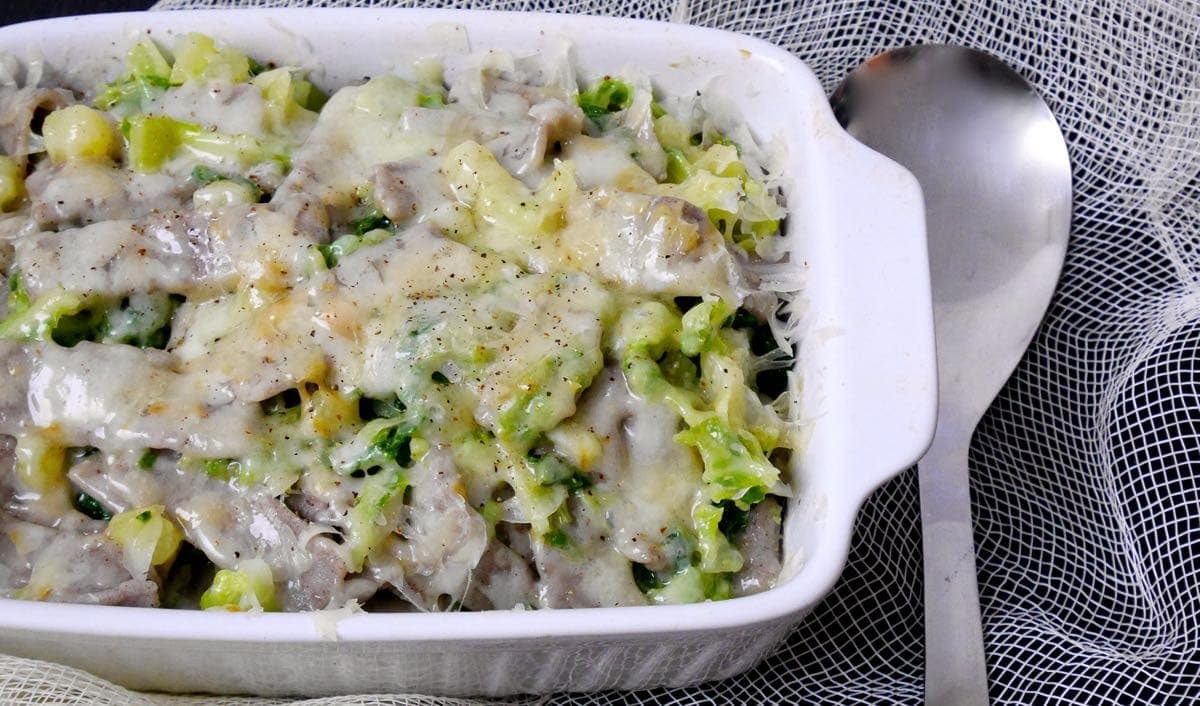 Below is a hearty pizzoccheri recipe that can comfortably serve four people: 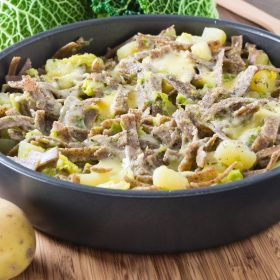 As mentioned earlier, pizzoccheri alla Valtellina is not known for being a “light” dish, but that’s partly the point–it’s meant to be enjoyed on a frigid day when it’s much more beneficial to be warmly bundled up indoors than out in the freezing weather. This dish pairs very well with a red wine that offers a good level of tannins and acidity to help cleanse the palate, such as Rosso di Valtellina or Valtellina Superiore DOCG. Bon appetit!

8 Responses to “What is Pizzoccheri? ( Traditional Italian Buckwheat Pasta Recipe)”