Risotto with Jerusalem artichokes: What Is This? Well, Glad You Asked 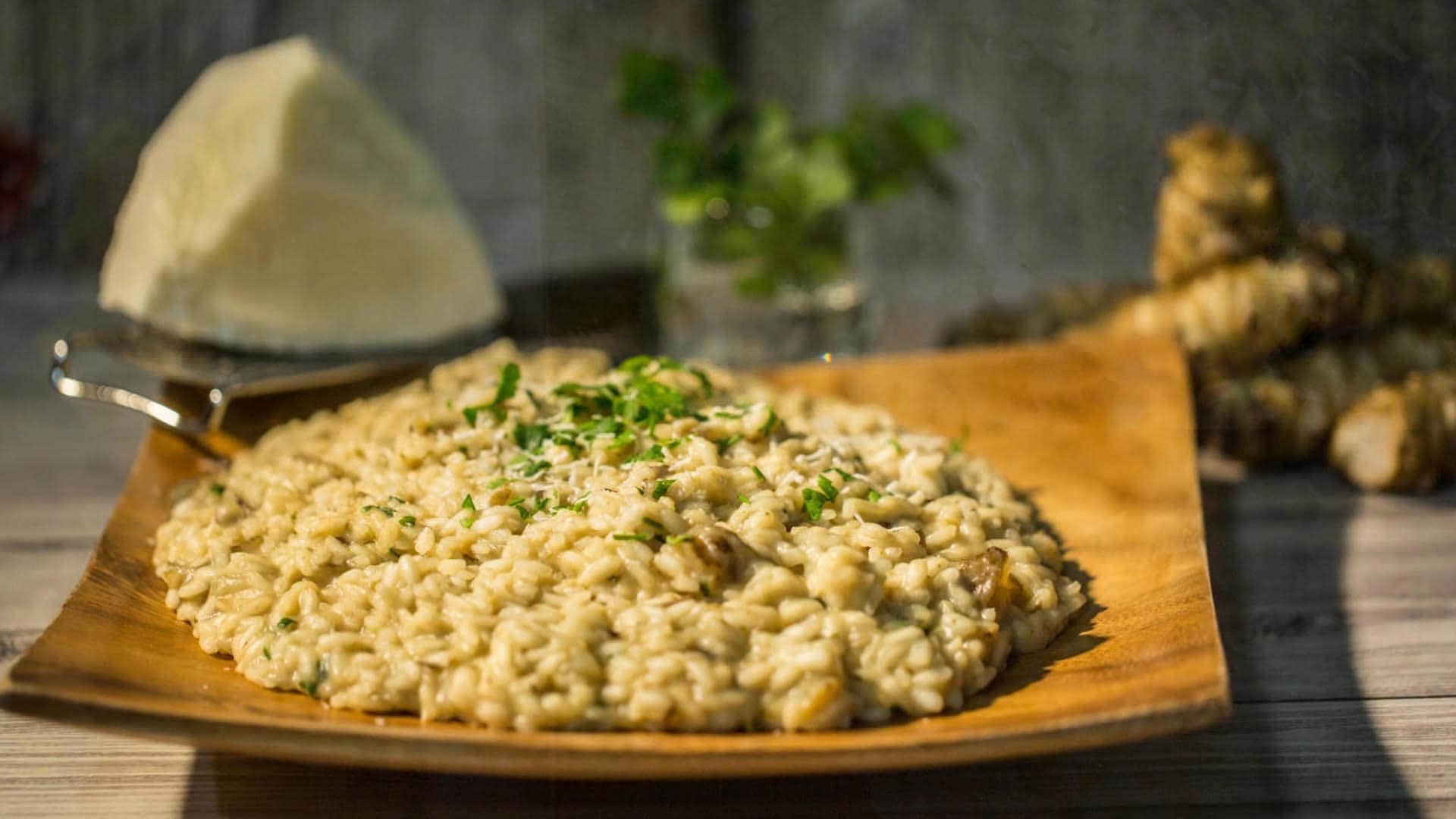 As a matter of fact, these special artichokes resemble small yellow sunflowers more and that’s one of the reasons why you can also find them labeled as sunchokes. Many centuries ago, these sunroots were being cultivated by the Native Americans in the New World and Samuel de Champlain is responsible for bringing this vegetable to Europe. However, it took even more time for it to be appreciated at its real value, as the Jerusalem artichoke went through what could only be described as veggie-shaming. That’s right. People were refusing to eat it because of a tale linking it to leprosy, claiming that the long tubes look liked the fingers of a person suffering from such a disease. How unfair!

Okay, but what about Jerusalem? One theory says that it’s just a very, very bad alteration of the Italian word “girasole”, which literally means “turning around the sun” and it’s the name given to the sunflower. Other theory suggests a different type of butchering, but this time of an area, which is Ter Neusen in the Netherlands, where the sunchoke was introduced to Europe.

But regardless of its origins, it’s something you have to try with your risotto, because its nutty taste will leave you pleasantly surprised. 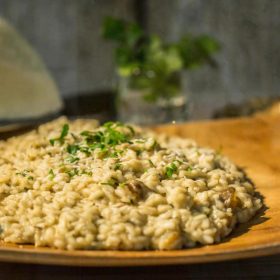 Find a rice cooker with risotto setting for a faster way to make it.

One Response to “Risotto with Jerusalem artichokes: What Is This? Well, Glad You Asked”