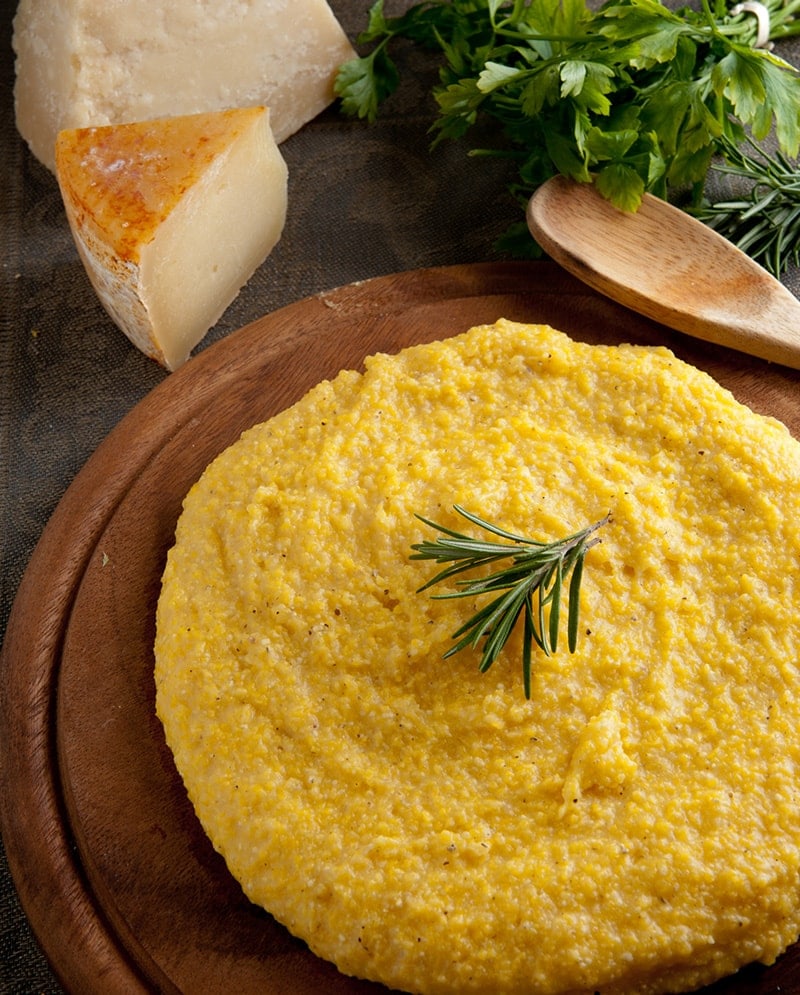 I was introduced to polenta when I was 15 and it took me one sauce-dripping bite to fall in love! I learnt to make it shortly afterwards and I’ll have you know it wasn’t that instant quick cooking stuff; it was the boil-for-45-minutes-stirring-continuously kind and it was so worth it.

Admittedly I fluffed the bit where you pour it onto the wooden board the first few times and mostly it landed on the table & the floor but I soon got the hang of it and managed to fiddle a pretty decent well in the middle for the sauce. Today I’d only consider doing it this way if I’m going to cut the polenta into strips for deep frying or grilling purposes.

POLENTA: A LITTLE BIT OF HISTORY 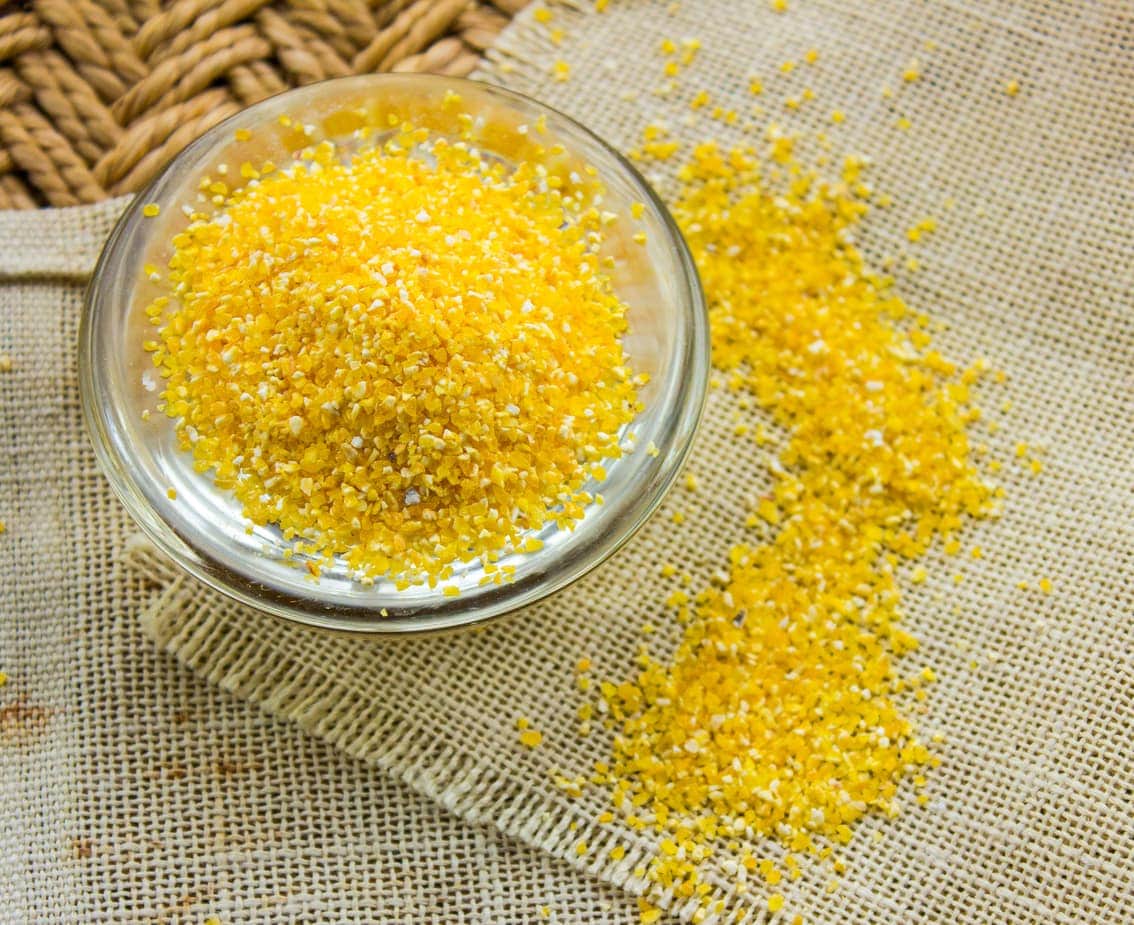 Ancient Romans started eating polenta at around 990 BC – it was introduced by the Etruscans, made from spelt & called pulmentum and the Roman soldiers ate a hell of a lot of it; of course in Roman times, it was made from spelt because maize hadn’t been introduced yet. I read an article by Marianna Gatto in 1999 editions of La Buona Tavola and I translate an excerpt below for interest sake:

The word polenta comes from puls or pulmentum & it was the center of the Roman diet. In its earliest days, it was made from grain (usually millet or spelt)  … as well as  the cece bean (garbanzo bean or chick pea) flour…. it was not made from maize until hundreds of years later as corn itself was not introduced into Europe until 1650. Pulemntum was the staple food for Roman soldiers who subsisted on field rations of around 1 kg of grain & whatever else they could find. The soldiers would toast the grain on a hot stone, crush it and store it in their ruck sacks. Once they halted and constructed a bivouac, they’d grind the grain to a gruel-like consistency & boil it to make a porridge which they would either eat or allow to harden into a semi-leavened cake.  As time passed, the basic ingredients involved in the preparation of polenta changed as well: millet and smelt were replaced by barley & when general consensus considered barley was too bland, it was substituted with an ancient grain called far which was, apparently, more palatable.  As milling methods improved, the crushed grains of pulmentum were processed into farina – the first genuine flour.

HOW TO MAKE POLENTA 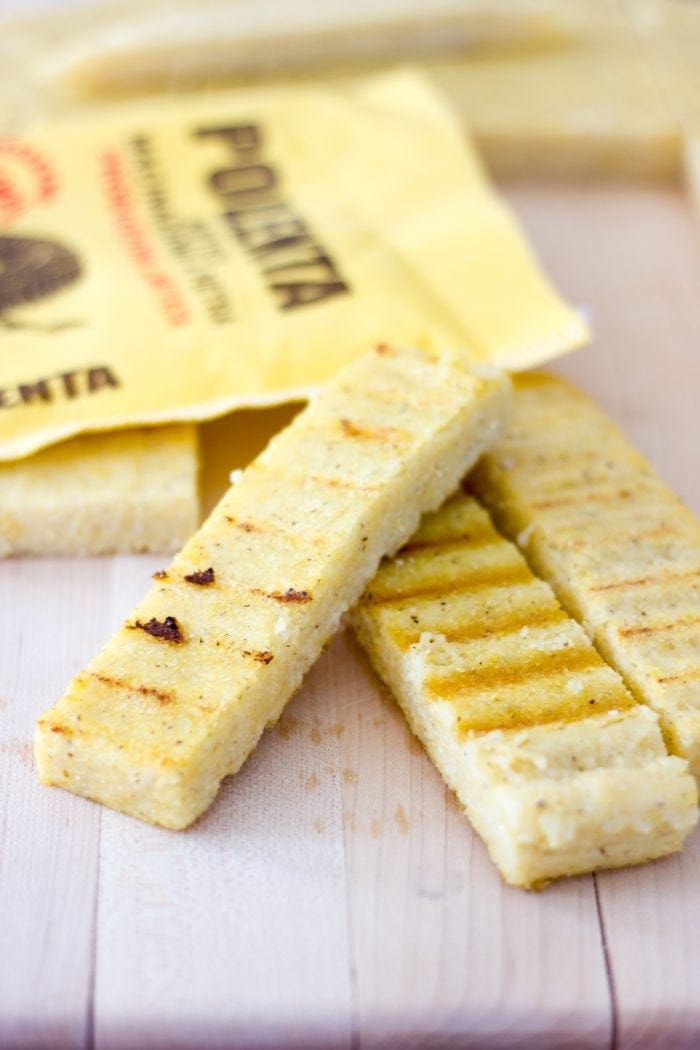 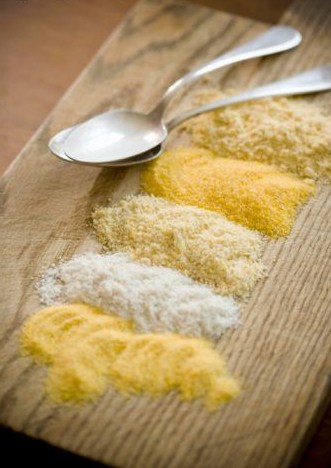