Considered a staple for the Feast of the Seven Fishes, especially for Napoletanos, Capitone Fritto is not just any fried fish. It’s a traditional dish steeped in history and tradition. It even has a somewhat shocking story about it. According to custom, it is best that you buy live eels and kill them right when you’re about to cook or fry them. In one story, it is said that some Italian immigrants in North America would keep the eels in an aquarium, or in the bathtub, after buying live ones in the market. In one story, a local nonna would personally kill the eels herself… by the bathtub. Kind of graphic, but most probably true. After all, it is part of the custom.

Stories and urban legends aside though, most Italians do consider eels as a celebratory food and would certainly prepare it for special occasions, particularly during religious holidays such as La Vigilia, or more precisely, Cena della Vigilia di Natale in Naples.

Among the many traditional foods in Italy during Christmas season are Italian sweets and pastries such as cuccidati and panettone. But in other areas, particularly in southern Italy, it’s the cooking and eating of various seafood dishes that is the main theme. 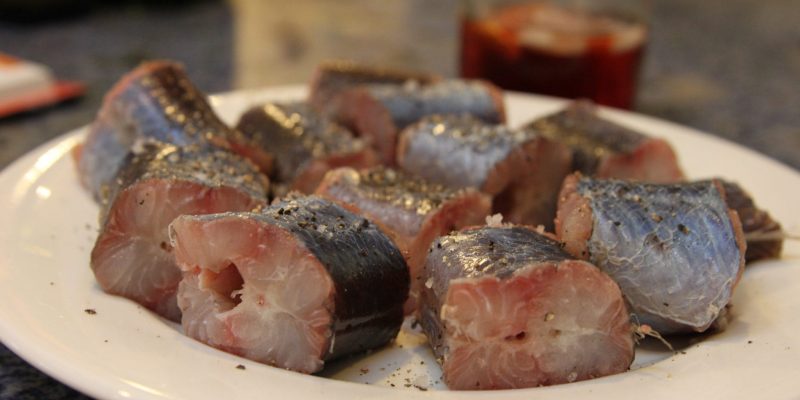 In the city of Naples, the consumption of eels during Christmas Eve is not just a common practice, it’s actually considered an important tradition. As a matter of fact, if you ask anyone in this corner of the Campania region, many of them will give you the exact same answer. “Because il capitone is tradition.” And in many family tables, one is not allowed to leave the table without eating eel.

Aside from its consumption, and as mentioned above, part of the tradition is the buying of live eels and its preparation before cooking. There’s even a specific market in Naples known for having the best eels during the holiday season, Porta Nolana. And the place is typically open until the early hours of the morning, for vendors to be able to sell their capitone veraci (live eels in English) to early market goers.

According to historians, this custom of buying, preparing, cooking, and consuming eels during Christmas Eve has been around for hundreds of years.

So how does eating eels relate to the Christian celebration of having Christmas Eve dinner with family and friends? One of the most popular theories regarding this is the similarities of an eel to a snake. According to one theory, the eel symbolizes the snake in the Garden of Eden that tempted Adam and Eve. It is said that killing and eating eels signifies the killing of the snake in the story of The Original Sin. Due to this comparison, it is considered good luck to eat kill and eat eels during Christmas Eve because it’s like the victory of Christians over Satan, of Good over Evil.

Well, as traditions go, this one certainly has quite interesting background stories. Don’t you think?

How to Make Capitone Fritto? 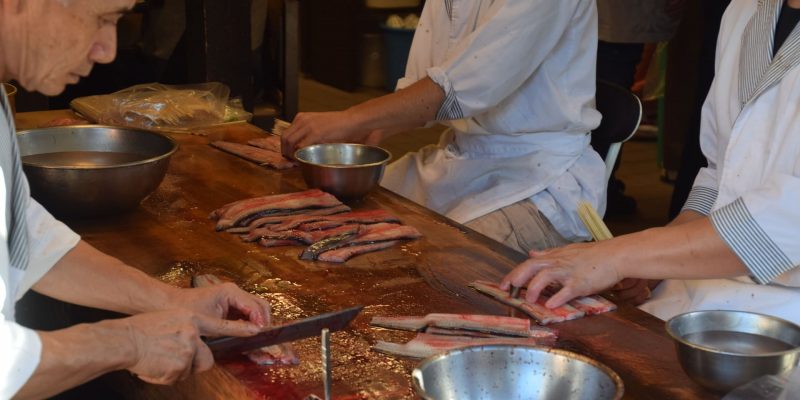 If you’re a bit hesitant about the prepping phase of the recipe, you can ask the fish vendors to clean and cut the eels for you when you buy them.  This may also be a good option for you if it’s your first time making Capitone Fritto. That way you can learn how to properly cut it by observing how the fish vendors do it.

Now, if you had the fish already cleaned and cut, you can skip the first part of the recipe, except for the washing bit. 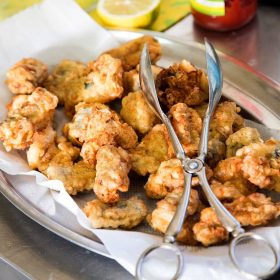