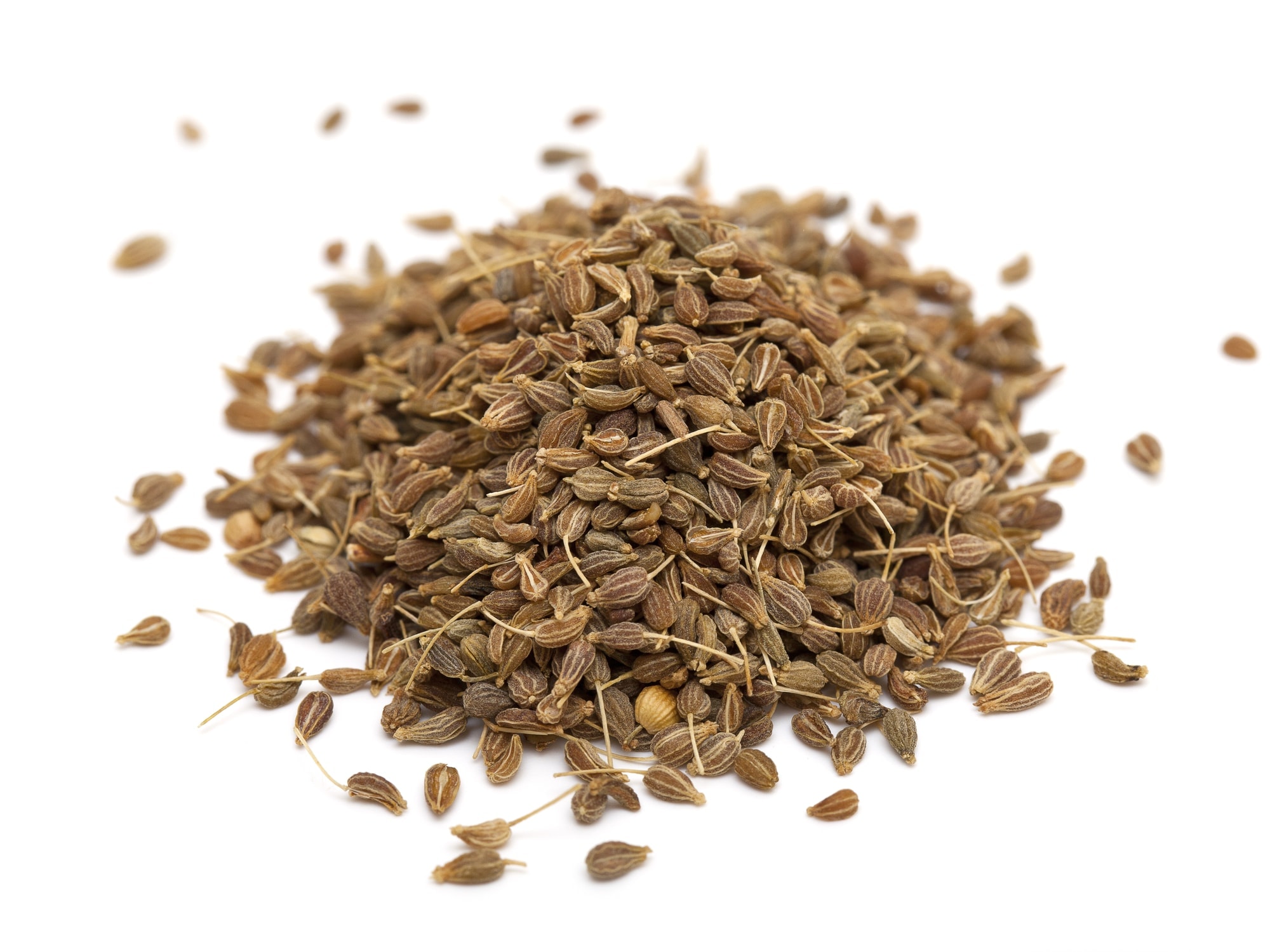 Aniseed (Pimpinella anisum) is a flowering plant native to the eastern Mediterranean region and Southwest Asia and  tastes a little like liquorice, tarragon and fennel – all mixed together. Star aniseis the fruit of a small evergreen tree native to southwest China but now cultivated in Japan and Southeast Asia.

Botanically, the plants are entirely different, though – aniseed is a member of the parsley family and anethole (made from the seeds of both plants, to a lesser degree the star anise) is the oil that accounts for the sweet licorice taste but star anise belongs to the magnolia family.

Both the leaves and the seeds taste similar and are used in savory and sweet foods in Europe and the Middle East, in spicy and seafood dishes in India and in a host of Southeast Asian food.

In France it’s used for pastis and in Greece ouzo – it is also chewed after meals in some Middle Eastern countries and  India to sweeten the breath. Star anise are small star-shaped fruit with (usually) eight points and with a seed in each of the points and the pod can be used whole as a flavoring or the seeds can be used, alone, for flavoring – it is the dominant flavor in Chinese five-spice powder.

Used in Asia to flavor pork and chicken and also in teas, it has,with the advent of fusion food, spread around the globe like a wildfire. As in aniseed, the flavor comes mainly from the anethole oil but is more more bitter than the aniseed.

The important thing is to look at the recipe and then decide whether you want to use whole aniseed, ground aniseed, anise extract, anethole oil, star anise, ground star anise or the liqueurs made from an anise derivative,

Anise has been cultivated in Egypt for over 4,000 years and the first reference was found on an Egyptian papyrus and in the Hammurabi texts that date back to around 2000 BC give or take a decade or two –  through the ages there were a myriad of uses for it, some follow below:

Despite being cultivated for at least 2,000 years, there has been very little development of improved varieties.

Aniseed is used in the production of a host of drinks, notably:

The seeds are classically used in well known foods like: 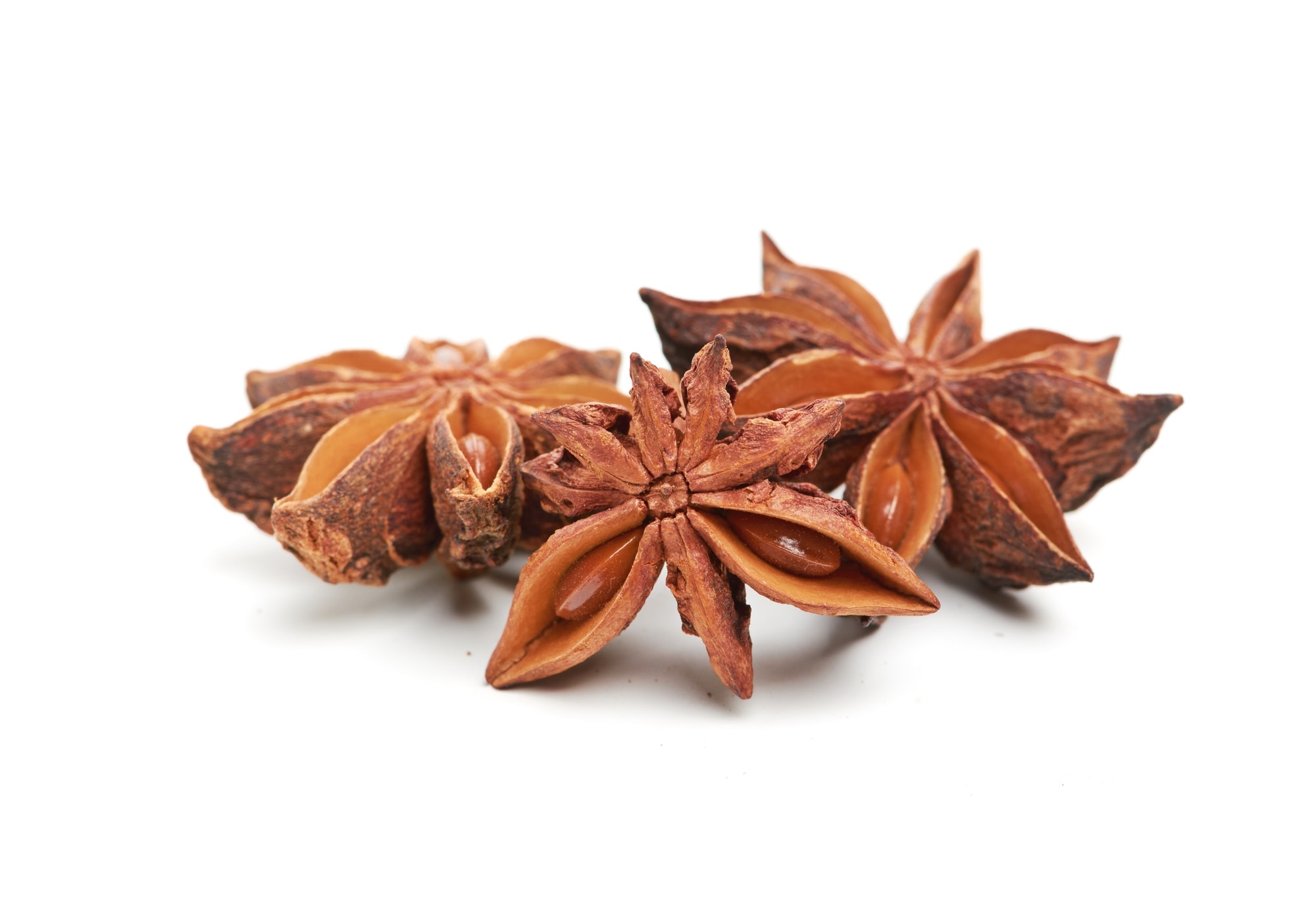 Star anise tastes similar to anise and is made from the star-shaped pericarp of the Illicium verum, a small native evergreen tree of southwest China and a member of the Magnolia family.

The fruits are harvested just before they ripen and are widely used in Chinese cuisine, in Indian cuisine (it’s an important ingredient in garam masala) and in Malay/Indonesian cuisine. In China, India and most other Asian countries the spice is widely grown for commercial use. Star anise is used in cooking, for alcoholic drinks like Pernod and in medicines – like Tamiflu.

Beware of the Japanese star anise – it’s not edible. Star anise is one of the ingredients in the Chinese five-spice powder, in  pho, a Vietnamese noodle soup and in the preparation of Biryani in Andhra Pradesh – a state in southern India