The Different Types of Bread and Regional Provenience 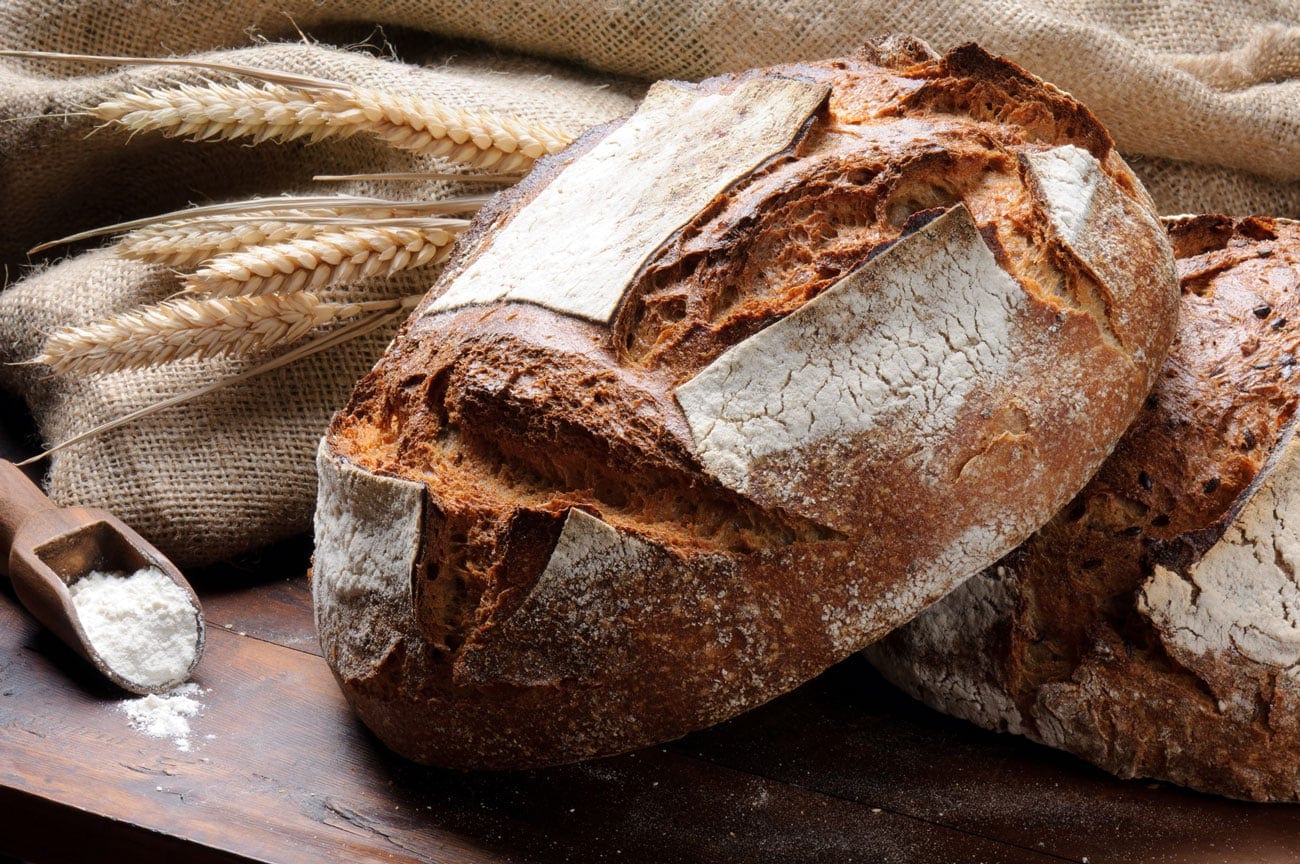 Who made the first bread ? When? Where? In order to answer this question one would have to back in time to the discovery of fire when man learnt how to cook food which, if you think about it, made him human.

Yeast has been around since prehistoric times.

Airborne yeasts have always there. Any dough, if left for long enough, will develop a yeast of some kind. Have you ever left oats with bran to soak in milk overnight? I did once, by accident. It made the most amazing yeast and an incredible loaf. The Greeks made it by using wine, the ancient Brits from the foam on their beer. Anyone can make their own yeast when they can’t get to the shop – it just takes a bit of time. Most cereals have a yeasty surface, so be inventive and experiment.

Through the ages, the poor ate the tastiest and healthiest bread.

The Egyptian, the Greek, the Roman and throughout the Middle Ages poor always ended up eating the healthiest bread with poor rich insisting on the least healthy. How ironic.

The poor ate black, brown and whole flour bread and the rich, the white – which would explain the ill health of many upper classes when compared to the strength and mental agility of the lower ranks of society in those days.

The first mechanized bread machines started popping up around 1912 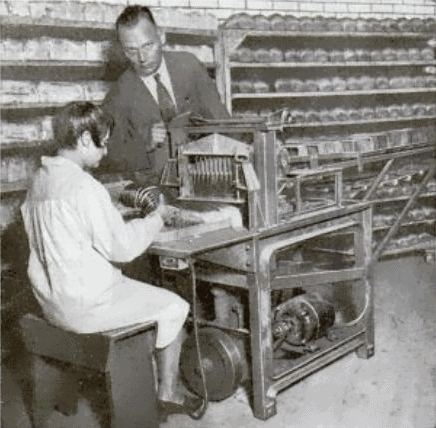 When the bread-slicing machine was invented by an enterprising German-American, nobody wanted to buy it because they thought that the bread would go stale and he had to invent a machine that sliced and wrapped the bread. A good couple of years later, he did.

Then we slid into an era of truly horrible bread. It was only in this century that the world realized that the darker breads were healthier, but for no understandable reason accepted the horrendous bread produced by retail whilst, simultaneously, destroying the livelihoods of millions of small bakers.

As demand grew the Captains of Industry needed to speed up the process of making bread rise more quickly and produced something to which so many chemicals were added that there is no need to let bread rise at all, increasing production to match the requirements of an exploding population.

Ascorbic Acid (vit C), potassium bromate, ly-cysteine, sodium metabisulfte were simply whipped into the bread, taking no time at all. No more qualified bakers are needed because anyone can do it. Baking goods companies can, now, even imitate sourdough with chemicals.

The first people in Italy were the Etruscans, who were there about 900 BC – they were already planting millet and had even invented a rolling pin by the time the Greeks and the Romans took over! They didn’t know how to grind yet, the Romans taught us that.

In Ancient Rome in 168 BC a bakers guild was formed and the baking industry started to grow on its own, with bakers achieving special status. Once a baker always a baker – bakers and their children had to remain in their profession and were never allowed to leave the industry.  However, they were the only craftsmen that were freemen! 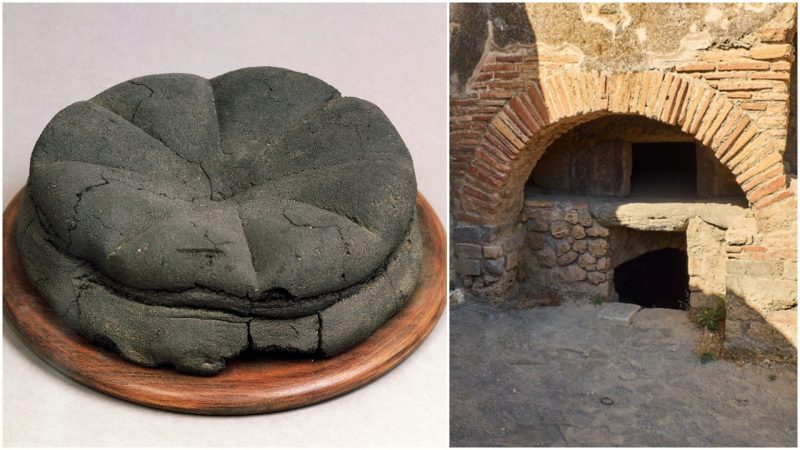 Romans preferred white bread – the whiter the better.  Notwithstanding that, bread was made from wheat flour, groats, rye and even from acorns and millet. It was baked on a hearth, mixed with cheese or cream and always served with every meal.

Pliny wrote about white bread because he disapproved of the ‘modern fad’ and he often gave instructions on how bread should be made. One of his famous sayings was “the wheat of Cyprus is swarthy and produces a dark bread, for which reason it is generally mixed with the white wheat of Alexandria” . 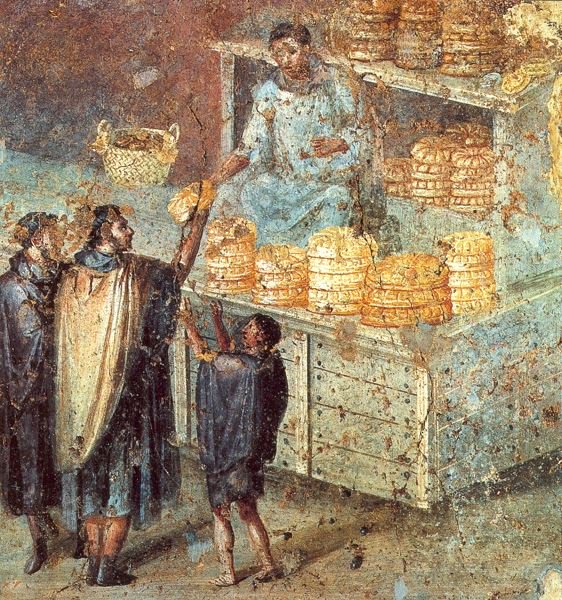 That caustic comment illustrates how incensed he was by the white bread habits, not to mention those bakers who used sea-water to save on salt in the baking of the bread. They had several kinds of bread with curious names – for example, oyster bread (to be eaten with oysters), ‘artolaganus‘ (cake- bread), speusticus (in a hurry bread), oven bread, tin bread, Parthianbread and the dense, rich breads full of milk, eggs and butter made for the privileged few. According to Athenaeus (a well known bread fundi in 300 AD) the best bakers were from Phoenicia or Cappadocia.

Chie hat pane, mai no morit – those that have bread will never die – the Sardinians said so in this old Sardinian proverb. In the tiny towns in Italy, bread was baked by the women in those days and it was a celebration – for each occasion there was something different and for feasts and festivals works of art, unsurpassed by any other country, emerged.

It is common cause that bread is the center of Italian life and that Italians are as passionate about bread as they are about everything else.

In the North there are many fine breads but it serves no purpose to list the more than 350 types of bread commonly known if one has not actually eaten them.

I do know the pan biscotto of Veneto, the grissini from Piemonte and the divinely delicious pan coi fichi of Lombardia though.

Grissini were born in 1679 when Antonio Brunero, himself, baked them in his bakery on specific request for the Duke Vittorio Amedeo di Savoia, who was ill at the time.

Today the whole world tries to make the bread, but never manage to do it quite like the Piemontese – the breadsticks packed for your local supermarket do not taste anything like the real thing. 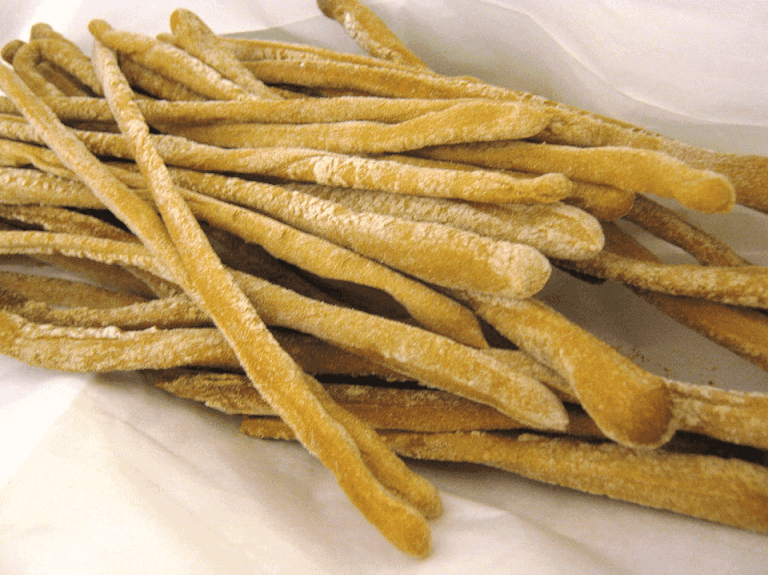 In Umbria the pan nociato and the pizza di pasqua are classics. 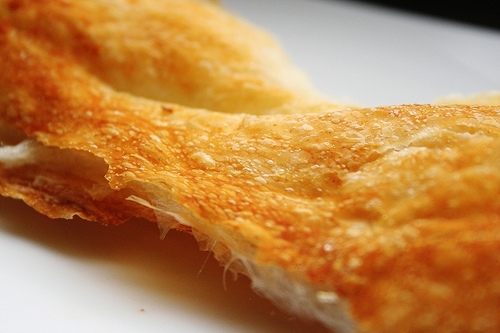 In Rome the rosette are legendary, the recipe not traded and nobody has ever managed to get it right anywhere – even if they had some reason to come by the recipe. If Romans have to leave, they spend their lives looking for, but not finding the exact thing.

In Lazio the Pane di Genzano (image below) is legendary, in Sabaudia, Lazio the finest breads in all the world are born and much as I would love to tell you about all the fine wood ovens and shops, these people are dear friends and there is now way that I could do this unless I could name them all and that would be impossible here.

The breads of Sezze and Frosinone and Circeo and the bread from the wood ovens at Mezze Monte would keep me happy forever. The pizza bianca (image right above) and the Roman ciriola together with the ciambelle are well known and in the South the Pizza is known and attempted all over the world. 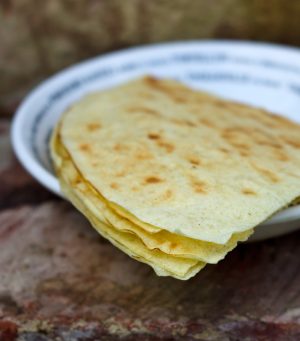 The pane di castagne of Calabria, the pane birra of Sicily and Sardinia’s pane carasau (image below) is worth buying an airticket for – it is also well known as carta di musica – the fine round crispy layers are known around the world as it conserves with ease.

Flour contains a very high proportion of starches (complex carbohydrates called polysaccharides) and wheat and a few others contain proteins called gluten. When we knead the dough the gluten molecules become ‘cross-linked’ to form a complicated gluten network which makes the dough elastic.

In other words the little gas bubbles are trapped in this way so that the bread is soft – and not a solid brick.

In Italy flour is divided into two types – grano tenero and grano duro.

The zero’s refer only to how much the flour was sifted. It is okay to use 00 for focaccia, but I would use the 0 for bread.

Grano tenero is neither very high or very low in either starch or gluten and you can use both sifts for making bread. Grano duro is not available at every supermarket, as I recall, and the other kinds of flour (of which there are plenty) are kept mainly in more specialized shops. Grano duro is used chiefly in the production of pasta. 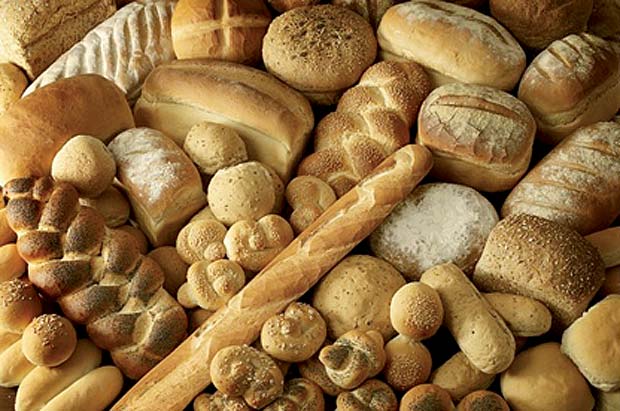 Bread is expensive in Italy today. Pre-sliced, pre-packed bread is still somewhat new in Italy and is found more in the North and used chiefly for toast or sandwiches. There is a shortage of professional bakers nowadays and much influence is being exerted on politicians to assist in aiding the immigration of the very talented bakers from North Africa or Easter Europe to come and work as apprentices in Italian bakeries.

Young Italians don’t like the hard work – I guess starting in the early hours of the morning and working for very long hours, including Sundays seems to put a bit of a damper on their enthusiasm. Wheat prices have risen dramatically with many Italians having to bake bread at home again. One wonders whether young qualified bakers could not start their own businesses since the Italian government has many initiatives for young people wanting to start up – especially in the South?