Where Does Vanilla Come From? Facts and History of Vanilla Bean 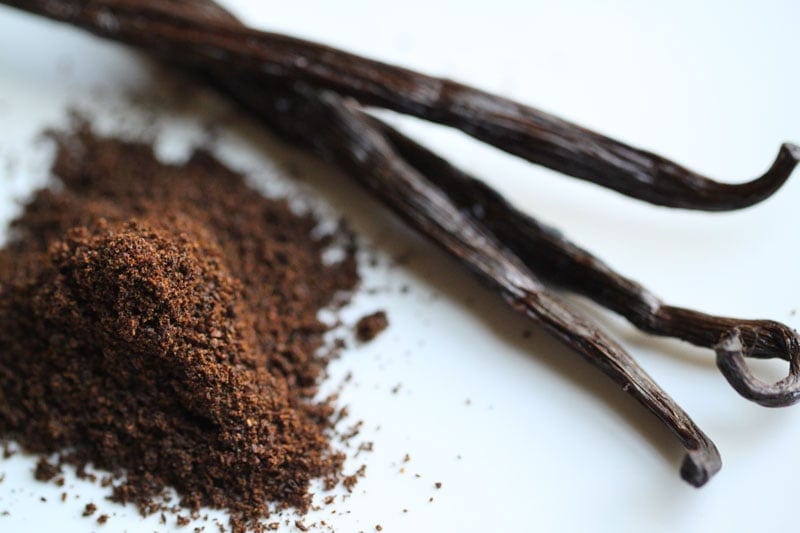 Quick Navigation show
1 HOW MANY VANILLA VARIETIES?
2 HOW IS VANILLA EXTRACT MADE
642 shares

Edible vanillin (vanilla planifolia) is native to Mexico and is now widely grown throughout the tropics but Madagascar is the world’s largest producer.

Vanilla pompona and Vanilla tahitiensis are grown in Tahiti and Niue even though they have significantly lower vanilla contents. 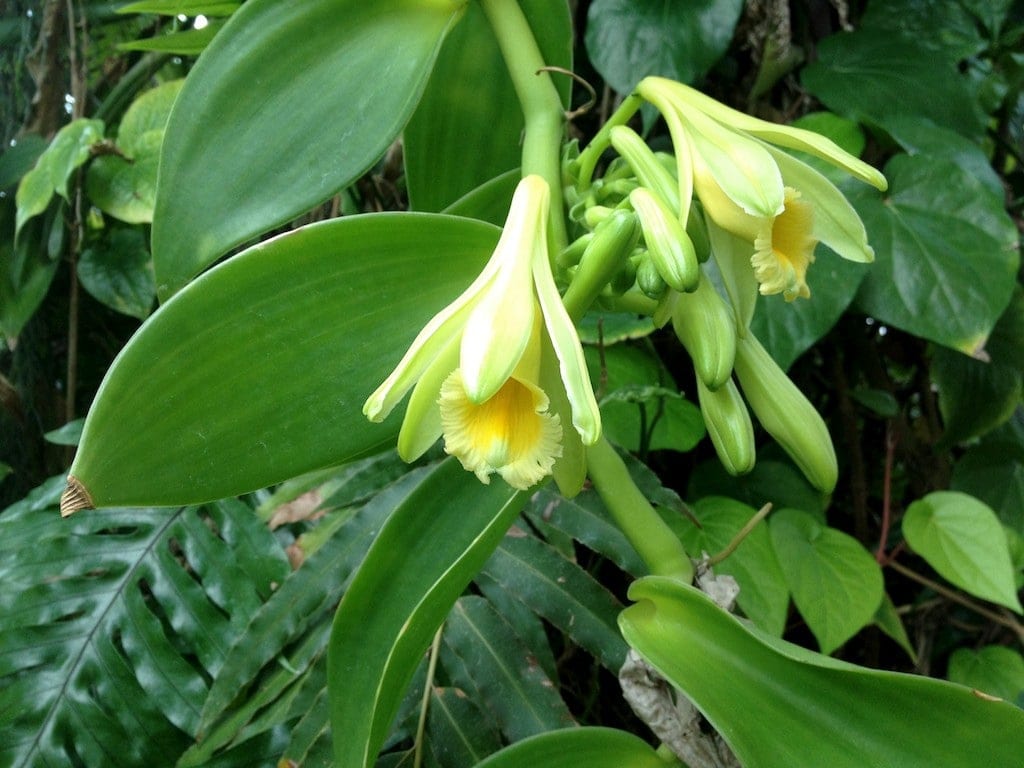 The plant grows as a vine that usually creeps up a tutor tree or even a pole (as long as it has support of some kind). Like wine it’s environment is called the terroir and the same principles apply as in wine.

The flowers are hermaphroditic and can only be  naturally pollinated by a specific Melipone bee found in Mexico (abeja de monte or mountain bee).

The vanilla flower lasts about one day, sometimes less, and so, growers have to inspect their plantations every day for open flowers, a labor-intensive task. If the fruit is left on the plant, it will ripen and open and as it dries, the phenolic compounds crystallize, giving the beans a diamond-dusted appearance which the French call givre (hoarfrost).

It will then release the distinctive vanilla smell. The fruit contains tiny, flavorless seeds that, in dishes prepared with whole natural vanilla, are recognizable as a myriad of black specks. 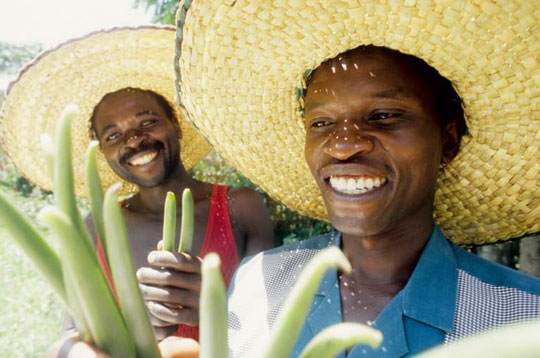 The modern word, vanilla comes from the Spanish word vainilla that refers to a little pod. It was originally cultivated by the Aztecs and after Hernán Cortés slaughtered them, he introduced the spice to Europe in the 1520’s.

Despite repeated attempts to cultivate the plant, nobody managed to do this (because there was a symbiotic relationship between the tlilxochitl vine and the local species of the Melipona bee) until hand pollination was discovered.

HOW MANY VANILLA VARIETIES?

There are 3 major cultivars of vanilla grown globally, all of them derived from a species originally found in Mesoamerica, as well as parts of modern day Mexico.

Eighty % of the world’s vanilla is produced in Madagascar (image of vanilla pickers above) and is the planifolia or the Madagascar-Bourbon vanilla found in a small region of Madagascar and Indonesia. It’s the second most expensive spice (after saffron) because of its labor intensity but despite the expense, it’s so highly valued for its flavor that  most homes have a pod or two in the store cupboards.

The people of the Mazantla Valley on the Gulf Coast of Mexico were the first people to cultivate vanilla (vanilla packing in Mexico today, image above) and, according to Totonac mythology, the tropical orchid was born when Princess Xanat fled the forest with her beloved because her father had forbidden her to marry a mere mortal.

They were captured and both beheaded and where their blood dripped onto the ground, the vine of the tropical vanilla orchid began to grow. In the 15th century, the Aztecs descended on the land of the Totonacs from the central highlands of Mexico where they lived, they  trounced them. It didn’t take too long for them to become particularly partial to the vanilla bean and they called it tlilxochitl (black flower).

Since  the Aztecs then became the rulers, the Totonacs regularly paid tribute to them by sending vanilla beans to the Aztec capital of Tenochtitlan.

The spice was unknown in the Old World before the 1500’s and it was the Spanish explorers who, upon arriving on the Gulf Coast of Mexico in that gave vanilla its modern name.  Africa and Asia were also introduced to vanilla by Spanish and Portuguese sailors and the word vanilla was first recorded in the English language in the 1754.

It is because of the bee (abeja de monte or mountain bee)  that Mexico held the monopoly over vanilla for 300 years from the time it was first discovered by Europeans.

The French first took some of the vines to their colonies but the fruit wouldn’t grow outside of Mexico because there weren’t any bees – eventually they had to pollinate the fruit artificially and today, even in Mexico, hand pollination is used. Charles François Antoine Morren, a French botanist discovered that a  symbiotic relationship existed between the bee and the vine and a 12-year-old slave, Edmond Albius who lived on the isle of  Réunion, eventually invented a simple hand pollination method used to this day. Until the mid-19th century, Mexico was the chief producer of vanilla.

In 1819, however, French entrepreneurs shipped vanilla beans to the islands of Réunion and Mauritius in the hope of producing vanilla there. After the slave boy discovered how to pollinate the spice by hand, the pods began to thrive and vanilla orchids were being sent  from Réunion Island (where the process was invented) to the Comoros Islands and Madagascar plus pollinating instructions – a veritable “do it yourself kit”.

The price of vanilla soared towards the end of the 1970s, after a typhoon ravaged key the island and prices were steep throughout the early 1980s despite the introduction of Indonesian vanilla and it was only in 2005 that the price went down to it’s all time low of $40.00 per kilogram.

HOW IS VANILLA EXTRACT MADE

Vanilla extract is made by macerating and percolating chopped vanilla beans in alcohol and water for about 48 hours, after which the liquid is aged for several months and then filtered to achieve a clear, very fragrant amber liquid.  There are double and triple strength vanilla extracts and they are not the same as the cheap and nasty vanilla essence which is disgusting. The essence is a liquid made from artificial flavoring and chemicals.