What are Capers really? Facts, History and Delicious Recipes 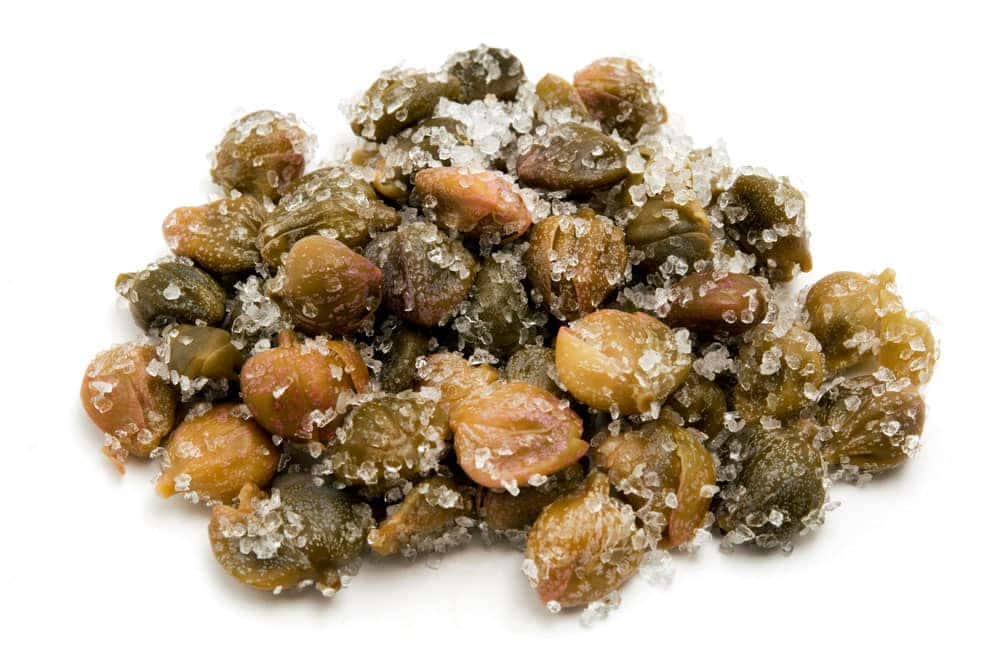 Quick Navigation show
1 WHERE DOES THE CAPER COME FROM?
2 LOOK AT THAT CAPER!
3 THE DIFFERENT TYPES OF CAPERS
4 THE HEALTH BENEFITS OF THE CAPER

The caper (Capparis spinosa) grows on a perennial spiny bush that has big white flowers (sometimes even pink) and fat fleshy leaves. The caper is a bud and is the part that’s commonly picked for culinary purposes.

WHERE DOES THE CAPER COME FROM?

It’s generally found in the Mediterranean region nowadays and grows wild on walls or against the rocks in the coastal areas throughout this region. The edible bud as well as the fruit (we know as the caper berry) is usually eaten and often pickled or salted.

There’s a huge variety of plants which explain the difference in the capers we buy from the various regions. The salted or pickled buds of the caper plants are often used as a seasoning or garnish and the mature fruits, known as caper berries are used in much the same way – especially by the Cypriots and most Mediterranean people.

Capers probably originated from the arid regions in western and central Asia since they have been used there for thousands of years – there’s mention of them in the Gilgamesh, possibly the oldest written story documented and found on ancient Sumerian clay tablets dating back to c. 2700 B.C. Apicius also mentioned them as did Dioscorides, a surgeon in Nero’s army who confirmed that they were initially used by the ancient Greeks who not only used them as an ingredient in cooking but also used the roots and leaves of the plant for medicinal purposes.

LOOK AT THAT CAPER! 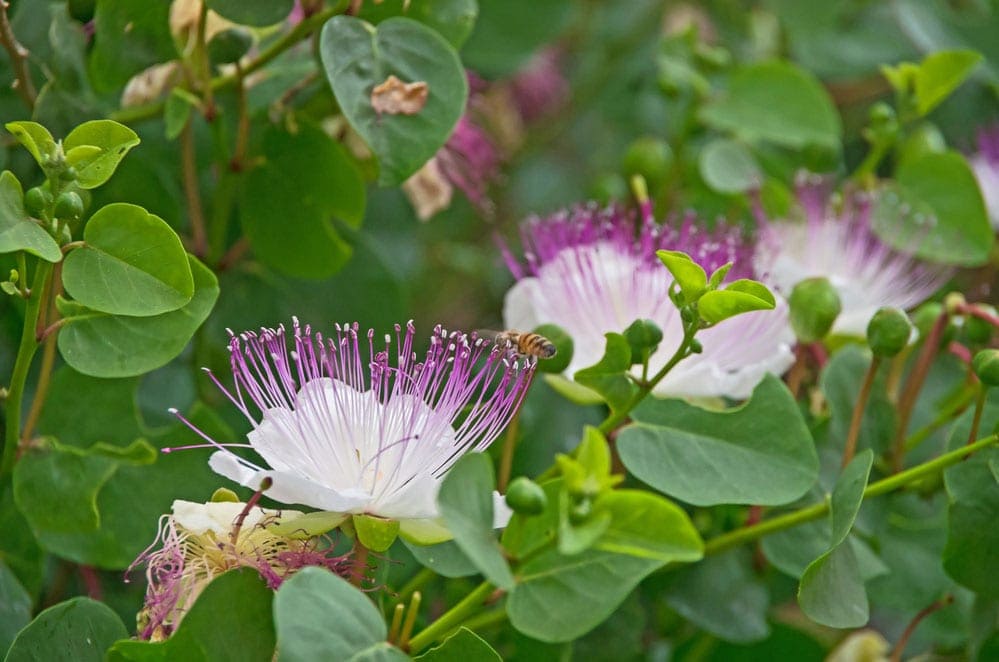 When the buds are ready to pick, they are dark green and about the same size as a kernel of corn and then picked, salted or preserved in brine.

The flavor intensifies when mustard oil (glucocapparin) is released from each caper bud – this enzymatic reaction also leads to the formation of rutin often seen as crystallized white spots on the surfaces of individual caper buds.

Capers are an important ingredient in Italian cuisine, especially in Sicilian and southern Italian food where they are regularly used in pasta dishes, pizzas, meat and seafood or in the famous vitello tonnato recipe.  In the south of Italy, the capers are more often preserved in salt and not brined.

Capers are one of the most important ingredients of tartar sauce and they are often served with cold smoked or cured salmon – imagine gravadlax and cream cheese without capers!

THE DIFFERENT TYPES OF CAPERS

They are categorized and sold by their size with the smallest capers the most sought after:

Occasionally unripe nasturtium seeds are substituted for capers because they have a similar texture and flavor when pickled – however, it’s not the same thing. Should the caper bud not be picked, it will flower and then it produces a fruit known as a caper berry which is pickled (often served as a mezze in Greece). 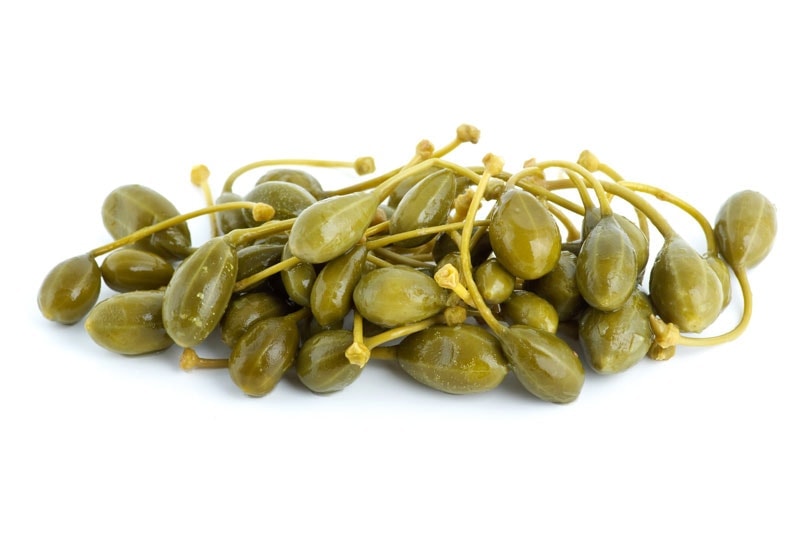 The Greeks also use the caper’s leaves in their cuisine and they are delicious but difficult to find outside Greece. They are pickled or boiled and preserved in jars with brine and are used in salads and fish dishes. The dried leaves can also be used as a substitute for rennet when making top quality cheeses. The capers that grow on the island of Santorini are of outstanding quality because they grow in the volcanic ash.

THE HEALTH BENEFITS OF THE CAPER

In ancient Greece, the caper was used as a carminative (a medication used to prevent gas). The word comes from the latin capparis which was borrowed from the Greek word  kápparis that was probably linked to the island of Cyprus where capers, typically, thrive.  It is suggested, in the Old Testament of the Bible, that the caper-berry had aphrodisiac properties (the word, abiyyonah (caper-berry) means desire – see the book of Ecclesiastes, verse 12:5. “Furthermore, men are afraid of a high place and of terrors on the road; the almond tree blossoms, the grasshopper drags himself along, and the caper berry is ineffective…..” The New American Standard Bible 1995*.

The caper berry was considered healthy by the Greeks who made a herbal tea from the roots to counteract rheumatism and inflammation.

Rutin is a powerful antioxidant and has no known toxicity. Capers contain more quercetin per weight than any other plant. Quercetin is a phytochemical that is part of the coloring found in the skins of apples and red onions – this has been been isolated and is sold as a dietary supplement. It is also a powerful antioxidant that has natural anti-histamine and anti-inflammatory properties. Research shows that it may help to prevent cancer –  especially prostate cancer.

*We looked at 17 different translations of this verse in the Bible and the caper-berry translation appears in over half of them.