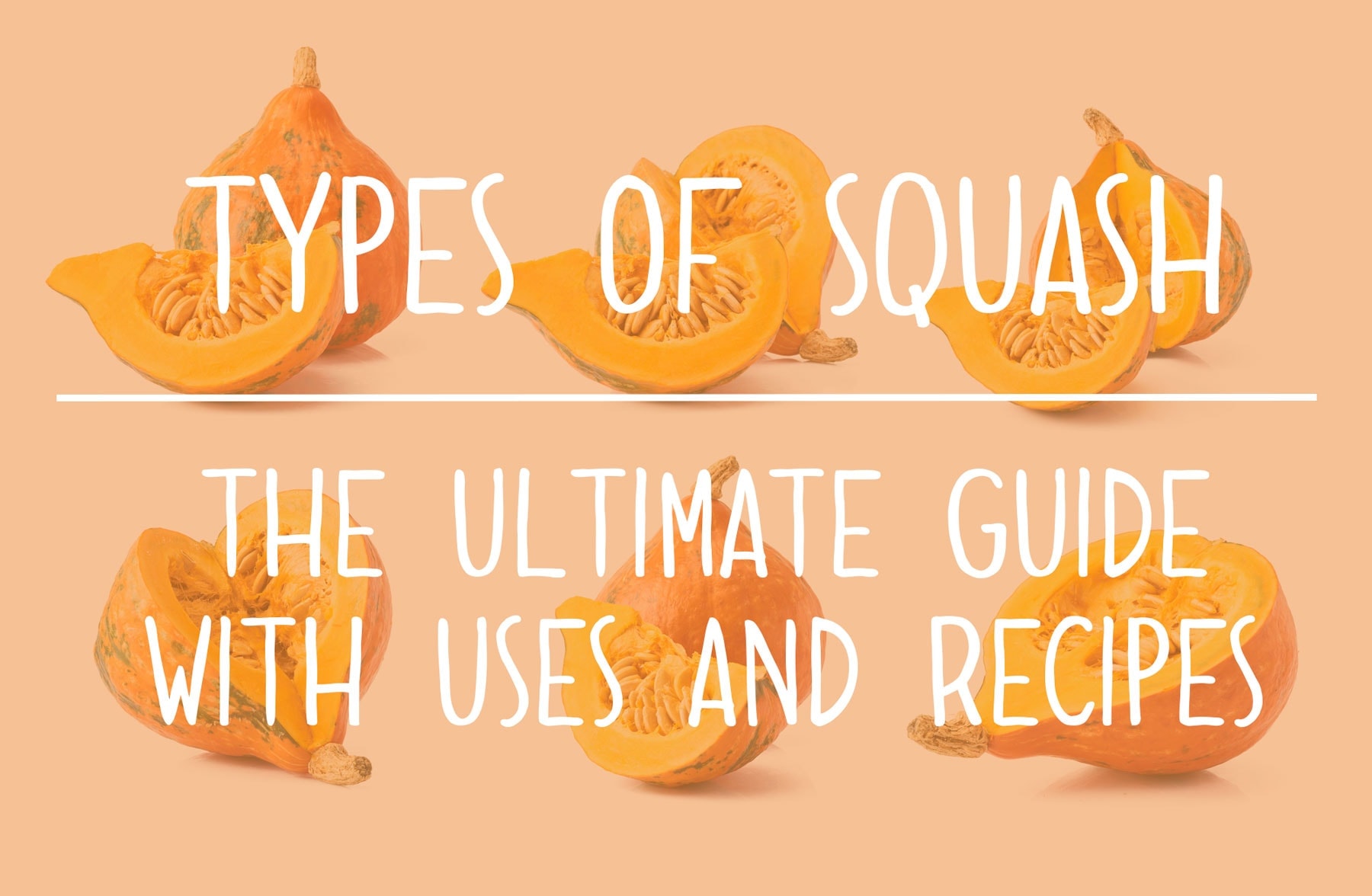 Although many of us love to cook, if you are the main chef in the home, work full time, and have to come up with interesting and exciting meals on a daily basis, it can be all too easy to slip into the habit of preparing the same food week in and week out. You may not even do it consciously, food just becomes a habit and before you know it your family starts to become bored with the same old meals week in and week out.

As a parent, or partner, you want to provide tasty, nutritious meals for your family, but unlike in the cookery shows on the television, life gets in the way, and you don’t have the time to spend endless hours in the kitchen or walking around the shops looking for hundreds of specialized ingredients. Squash may well be one of the secret items in your arsenal; it is quick and easy to prepare, there are endless varieties, and it is packed full of goodness, taste nutrients, and the good news is it won’t break the bank either.

WHAT IS CUCURBITA (SQUASH)?

Cucurbita is a type of herbaceous vine from the gourd family. There are a total of five different types of species grown across the world, all of which are edible. The delicious fruit which is normally a golden yellow or orange in color is known as squash, and regardless of the type all deliver large quantities of nutrients including vitamins A and C.

Many people often think of squash as a hearty winter meal, but there squash can be put into two categories – winter and summer squash. The different types of squash are defined by the types of ingredients used, those that are predominantly grown and harvested in the summer, are used to make summer squashes, and those that are harvested during the rest of the year make winter squashes.

The list of different squashes is only really limited by your imagination, although we are going to discuss and highlight over 12 different types (and more to come), the list is truly endless, so if you don’t see a type that interests you, don’t be afraid to experiment; you might create your very own ultimate and exclusive squash! 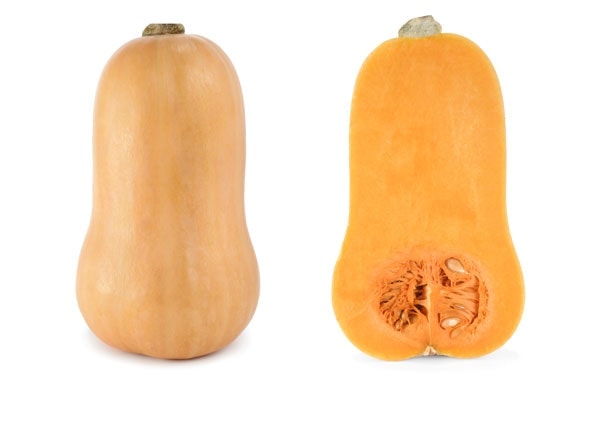 Perhaps the most well known of all the squashes I will mention in this article, Butternut Squash, which is also known in Australia and New Zealand as Butternut pumpkin or Gramma, is a winter squash, that grows on the vine. Although technically Butternut is a fruit, when it comes to cooking and preparation, it is very much treated as a vegetable. The fruit itself is similar in shape to a pear with a slightly elongated body, with a yellow/orange colour hard skin. Inside the fruit hides a stunning orange flesh color, although beware that it does contain seeds. In most cases only the bright orange flesh is eaten, with the skin, seeds and stalks being throw away.

Butternut Squash is packed full of fiber, and also contains A,C,E and B vitamins. If you are concerned that your child is not consuming enough minerals then butternut squash can also help with that issue, as it is full of calcium, magnesium and zinc. 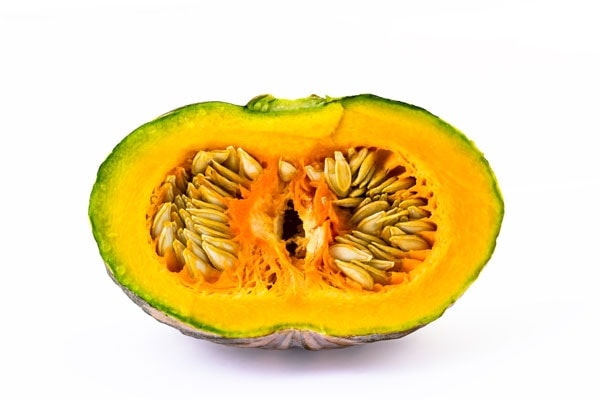 For those people with a slightly sweeter palate, Kabocha squash may be more appealing than Butternut Squash. The squash uses a type of Curcurbita, maxima, found in Japan. In terms of texture and taste it is somewhere between a potato and sweet pumpkin combined. It is an excellent source of beta-carotene, and can be used in nearly every meal of the day. For breakfast a popular recipe is a fried egg and Kabocha Squash breakfast sandwich. For lunch Chai Oatmeal With Spiced Kabocha Swirl is delicious, quick and easy to prepare, and for an evening meal how about a healthy  Polenta Pizza With Kabocha Squash and Kale 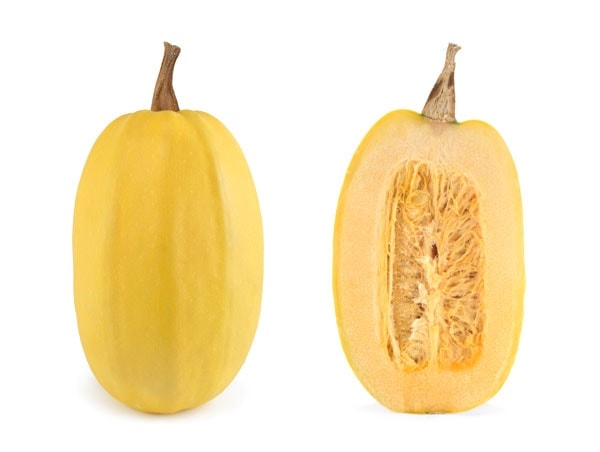 Italian food is my passion, some might even say obsession, so it will come as no surprise to you that a spaghetti dish found its way into this article. However, spaghetti squash does not actually include any pasta, it is in fact a low carb alternative to a pasta dish. Spaghetti Squash is actually a type of vegetable, which is harvested in the fall. Once prepared it is similar in appearance to spaghetti, but benefits from substantially less calories, 30 versus 200 when comparing a cup of squash to a cup of traditional spaghetti. It is an excellent source of vitamin A and antioxidants. Although it does not taste the same as traditional pasta, its flavour and texture make it an excellent substitute, the only real negative is how difficult it is to come by in your local store.

Acorn Squash originates from Central and North America. It is classified as a winter squash, even though it comes from the same species as all of the summer squashes. Unlike Spaghetti Squash, the ingredients are easy to grow, and purchase. Normally Acorn squash is baked, although it can be sauteed, steamed, or even cooked in the microwave for added convenience. The primary meal that Acorn squash is associated with is that of squash soup. From a health perspective, it is an excellent source of potassium, and dietary fibre. Many people also add some maple syrup to their Acorn Squash, when cooking to create a sweeter flavor. 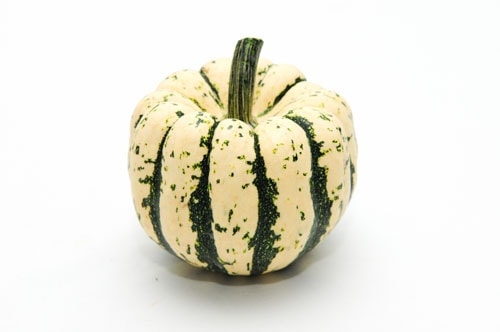 Good things come in small packages, and the sweet dumpling is miniature in comparison to the pumpkin, which whom it shares a similar shape. Normally, the skin is of a white color, with mottled yellow, green or orange markings. Sweet Dumpling Squash is a little more challenging to peel, due to its shape, and when cooking it always remember to piece the rind to ensure that the steam can escape during the cooking process. It has a much sweeter and milder taste than most squashes, and is the perfect accompaniment to nuts, cheese and dried fruit. Many people are unaware of sweet dumpling squash, it is not as popular as some of the other varieties, but once discovered it is certain to become a family favorite. 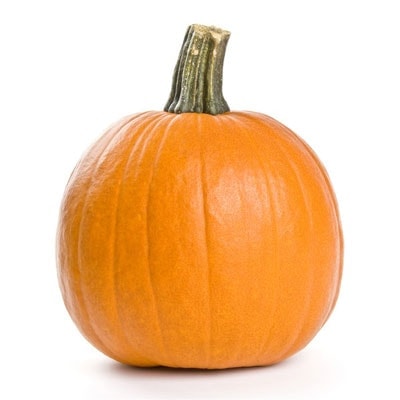 Sugar Pumpkins, which are also known as pie pumpkins, are smaller in size, are much sweeter and are ideal for cooking. The pulp is much less grainy than a traditional pumpkin,  and a member of the winter squash family. There are many ways to prepare food using sugar pumpkins, from making handmade pumpkin puree for pies, to baking them in the oven, or probably the most popular dish for any squash, soup. The fruits are normally about 6 to 8 inches in diameter, and for something such as a puree, one sugar pumpkin should provide about as much volume as a 15 to 16 oz can of pumpkin. 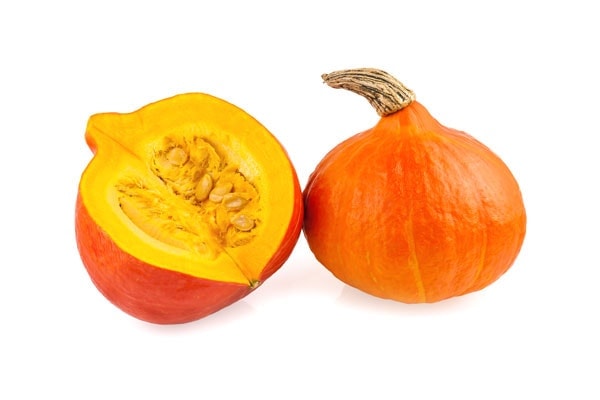 Red Kuri Squash, is somewhat ironically named as it is a thin skinned orange colored squash. It is small to medium in size and on average is about 18 centimeters in diameter, and weighs between 3 and 7 pounds in weight. The skin does not have any ridges, and in some ways has an appearance similar to a large onion. Once cooked red squash has a lovely smooth and tender texture, with a nutty flavor, that some people say is reminiscent of chestnuts. Because the skin is very thin, it can be quite challenging to peel it, and so for most recipes it is cooked with the skin on. Because of this, once cooked the skin becomes very tender and is edible. Red Kuri Squash, can be added to stews, soups and risottos, and due to its unique flavor is equally suited to sweet dishes, such as tarts, muffins and bread puddings. With Red Kuri Squash, the only limitation is your imagination. 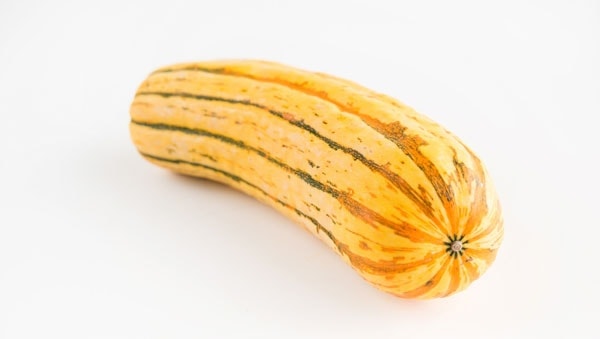 The beauty of the wide variety of squashes, is their size and shape. Delicata Squash, is a bright sunset yellow in color, is about 12 to 15 centimeters in height and has a similar shape and appearance to that of a pepper.  The taste when cooked is similar to that of sweet potato, but make sure to remove the large quantities of flat seeds contained in every fruit, before serving. Delicata Squash, is quite easy to obtain during its season which is in the fall, and through early winter. Once cooked, the fruit holds its shape well, which makes it ideal for slicing in two and stuffing, with either grains, meat or cheese being a good choice to compliment its flavor. Delicata squash will keep for several weeks at room temperature when stored in a cool and dark place. 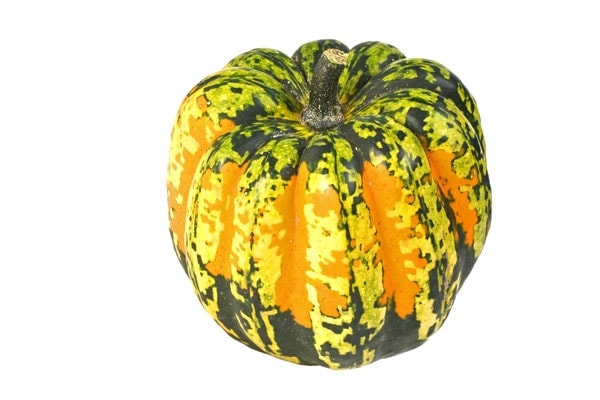 Carnival Squash, as you might have gathered by the name are beautifully colored slightly flattened pumpkin shaped fruits. About 5 to 7 inches wide, with a combination of colors between green, orange and yellow. An excellent conversation starter at any dinner table, they are a little more difficult to source, but well worth the extra effort. The reason for their unique color, is because carnival squash is actually a hybrid of Acorn Squash and sweet dumpling. It has a unique buttery maple syrup type of flavor. In my opinion it is best to roast this variety of squash as this concentrates the flavor, and due to its smaller size is perfect to serve one or two people. Any dish that uses butternut or acorn squash as an ingredient, can be substituted with Carnival Squash to add a little variety. 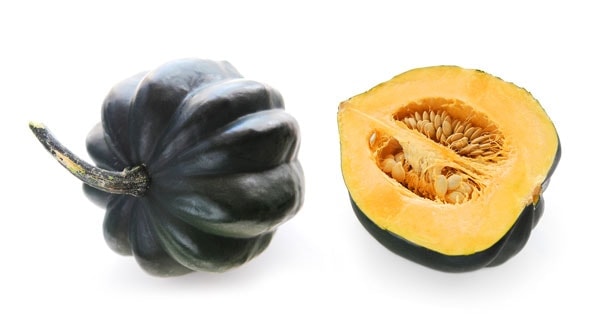 I am convinced that buttercup squash is not as well known as it should be because people confuse it with butternut squash, and just assume it is the same thing. If that is the case with you, then you are in for a treat because buttercup squash is delicious. It still has the bright orange interior, but its skin is lime green in color, with a shape not dissimilar to that of a pumpkin. When choosing your buttercup squash, squeeze the cap, if it is firm then that is perfect to eat. If it feels a little soft, then it is overripe, and should be avoided. Buttercup squash makes a wonderful alternative to sweet potatoes, so why not try substituting Buttercup Squash for sweet potatoes to being in a little variety. 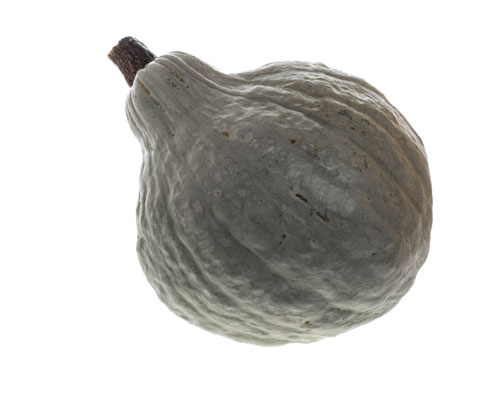 Larger in size than many of the other squashes mentioned in this article the Blue Hubbard is somewhat bulbous in shape, ranging between 5 and 40 pounds in weight. The first squash to ever be introduced into the United States, it was viewed as a staple for the Upper Class, due to its unique flavor and texture. The squash has a nutty smooth flavor, and is a popular choice amongst squash enthusiasts. This squash can be cooked with the skin on, or off, but it is essential to remove the skin before eating as it is inedible. Perfect for pie dishes, risotto, and pasta, it can also be pureed and added to soups stews and curries.

When it comes to versatility there are few squashes that can match Banana Squash. It is one of the few squashes that can be used as both a summer and winter squash. As a summer squash it can be harvested and eaten raw in the summer, or allowed to grow throughout the year and used in winter in much the same way as you would use a butternut squash. Originally from Peru, they are now widely available and inexpensive to buy. The average weight of a banana squash fruit is about ten pounds, although they can grow as large as forty pounds. Some cooking ideas include adding it to fresh salad greens, or as an alternative but tasty pizza topping.