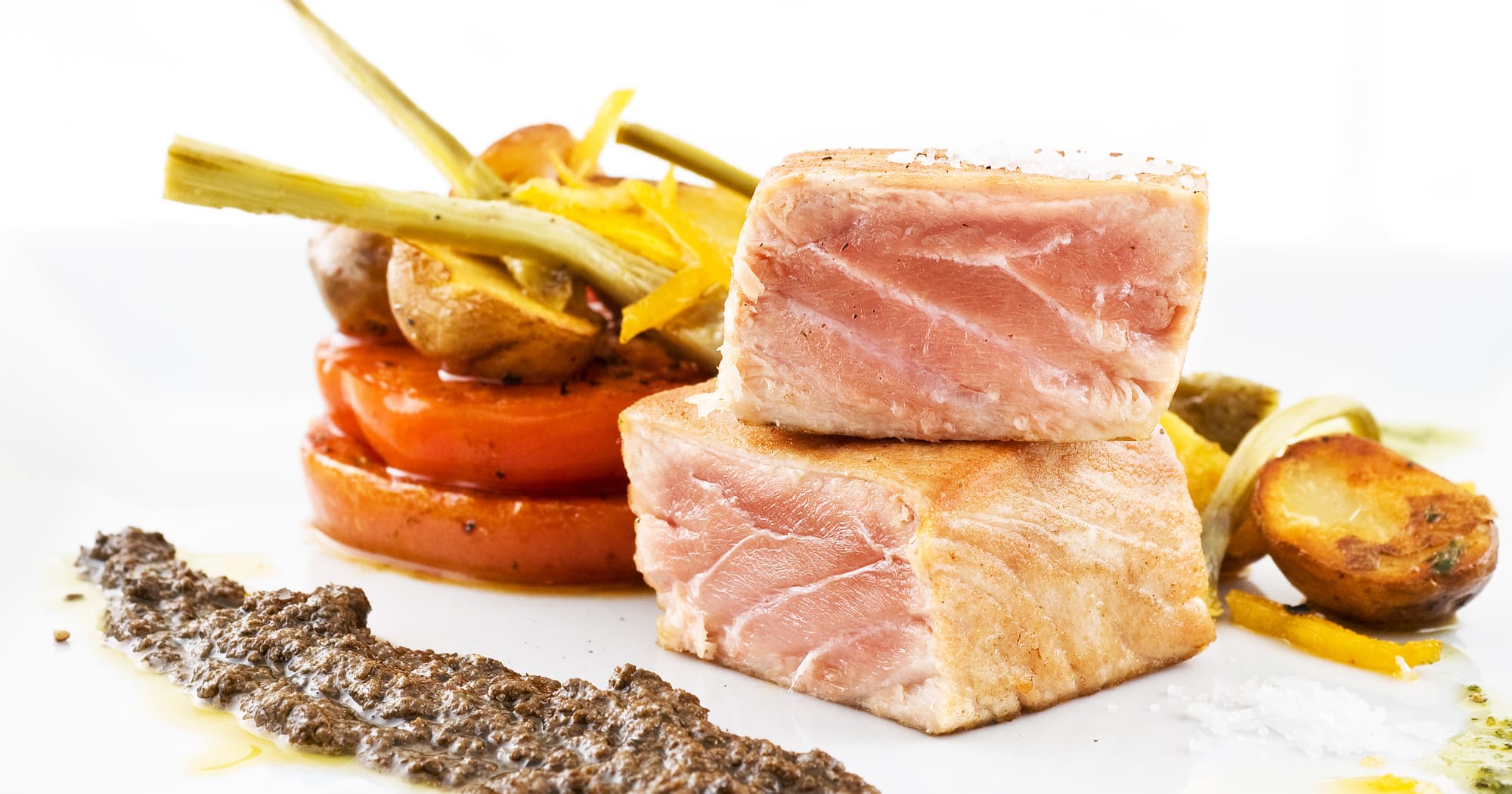 There is nothing on earth that I find as loathsome as badly prepared tuna. That has to be the most disgusting meal there is – I’d rather eat an eye!  On my last trip abroad I went to dinner one evening and was served (with great aplomb, mind you) a grey lump of tuna, boiled in badly made tomato sauce.

It must have been one of the lowest points in my life’s culinary voyage – and believe me, I have had some! I spent the whole evening focused on my daughter so that I would not embarrass her under any circumstances. In Sicily, it would NEVER have happened!

The Mattanza ritual (when the first tuna catch of the season gets underway), albeit vehemently criticized, does have a purpose – it ensures that  nothing is caught out of season and rules are adhered to.

Granted it’s bloody, but killing anything is bloody. That said, watching it has always been out of the question for me because not even the pursuit of food knowledge could ever persuade me to attend.

The tradition dates back to the time when Sicily was occupied by one of the bloodiest nations of all time, the Spanish, and has become and important part of the Sicilian tuna fisherman’s culture.  Mattanza starts when the local priest says a mass to bless the boats, after which they sail out with the rizza, a system of nets. 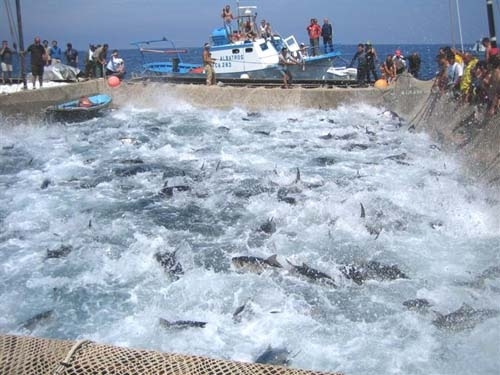 They set up various corrals that will be anchored by very heavy rock on the sea bed and in these the tuna will be trapped.

When the first tuna shoals are seen, the raís (the most experienced fisherman) has the honor of  formally signalling the actual start of the Mattanza.

They go out by boat and reduce the size of the corrals in which the tuna are found until the fish find themselves in the camera della morte and the raís gives the signal for the harpooning to start.

The tuna are processed extremely quickly and the following delicacies are among the many prepared here:

Now that you know a bit of history about Tuna in Sicily, try this delicious tuna steak recipe! 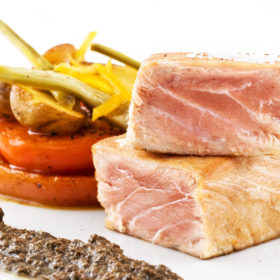