Skip to content
Nonnabox.com is a participant in the Amazon Services LLC Associates Program, an affiliate advertising program designed to provide a means for sites to earn advertising fees by advertising and linking to Amazon.com
Quick Navigation show
1 Who’s La Befana?
2 Befana: Between History and Myths
2.1 Here’s One Legend…
2.2 And Here’s the Other…
Share161
Tweet
Pin50
Yum
211 Shares

Christmas is over & quite a few of us are feeling a little deflated, disappointed that the period of goodwill has been & gone, a little miserable that the end of the holidays are in sight & in no mood to get back to the grindstone & real life!

After an eventful 2018, many of us simply aren’t holidayed out while others have spent a little too much & are skint. So what’s next? In Italy it’s not over because La Befana is in sight and she’ll visit the homes of all the small children who’ll be ready and waiting for her.

In the Italian folklore, La Befana is the old lady who delivers gifts to children throughout Italy; the tradition probably originated in central Italy and then spread to the rest of Italy. Her name may have come from the festival of Epiphany or even from the Roman goddess, Strina.

”This Befana appears to be heir at law of a certain heathen goddess called Strenia, who presided over the new-year’s gifts, ‘Strenae,’ from which, indeed, she derived her name. Her presents were of the same description as those of the Befana … moreover her solemnities were vigorously opposed by the early Christians on account of their noisy, riotous, and licentious character“.  Vestiges of Ancient Manners and Customs, Discoverable in Modern Italy and Sicily by Rev. John J. Blunt (John Murray, 1823).

Befana: Between History and Myths 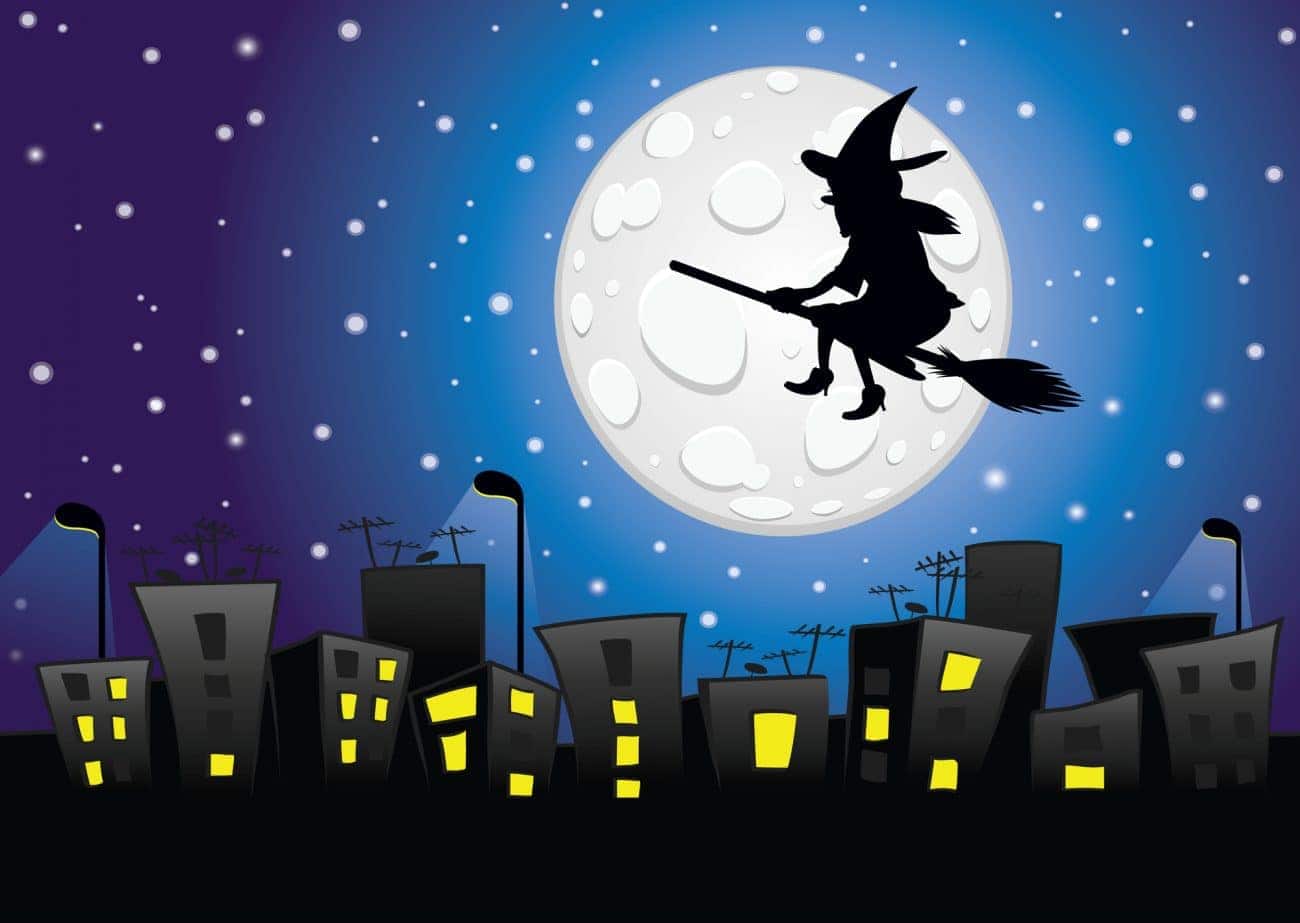 During the Neolithic age, homes in the Anatolian villages had no doors and no windows and people would enter there homes through wide, horizontal roofs. In other words, people entered their homes via ladders that they could withdraw the minute they felt threatened or uneasy in any way.

The Befana always enters the homes of Italian children through the chimney (much like Santa Claus and quite a few other mythical figures throughout the world) and she will visit on the eve of the 6th of January to fill their socks with sweets and gifts if they are good; if they’ve been horrible little monsters, they’ll get a a lump of coal (or dark rock sugar that’s supposed to look like coal) but it seems that Italian children are little angels because I haven’t yet heard of an Italian child that got coal instead sweeties.

Normally the children receive both sweets & rock sugar & they’re delighted because the dark rock sugar is delicious. Because the Befana is such a good housekeeper, she’ll sweep the floor before she leaves which is why the family leaves a small glass of wine and a plate of the local speciality for the Befana.

She is reminiscent of the Russian Babuschka. She’s always an old lady, carrying a big bag full of sweets and gifts and legend has it that she rides on a broomstick through the air wearing a black shawl; she’s covered in soot because she’s been up & down chimneys so often. 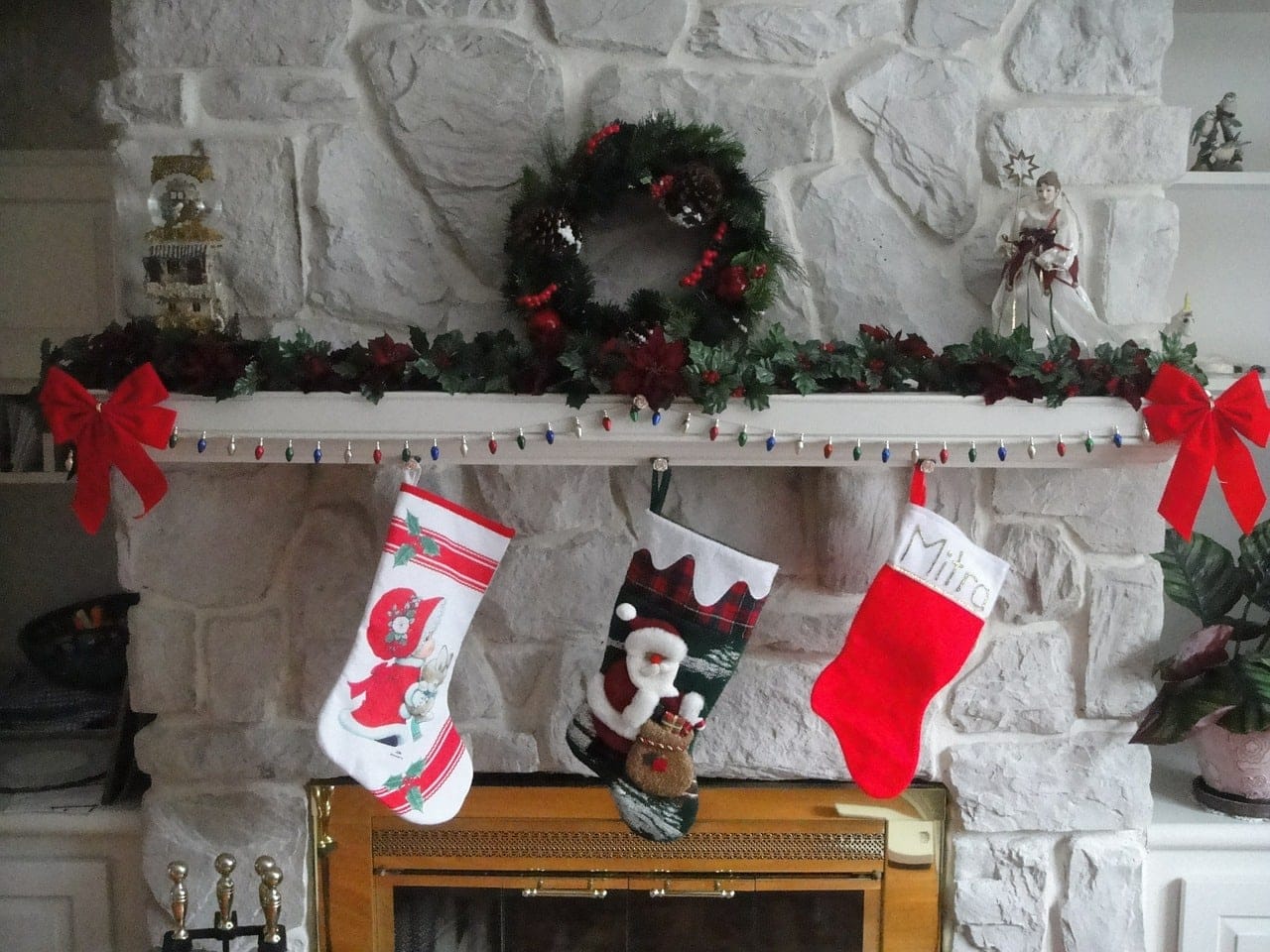 However, in the cities when she comes to hand out gifts (like the Santas in Stores), she usually rides on a donkey and has two baskets on each side. Again, much like the Russian Babuschka tale, the story goes that a few days after the birth of Jesus, La Befana was approached by the magi because she was the best housekeeper in her village; they asked her for directions but she did not know them & instead gave them food and shelter for a night – in turn they invited her to join them on the journey to find the infant Jesus.

She declined because she had far too much housework. Later, however, she had a change of heart and started to look for them and for the baby Jesus but unfortunately she couldn’t find them and to this day she still looks for the baby Jesus and as she travels, leaving gifts and sweets for all the good children and bags of ashes or coals for the naught brats.

And Here’s the Other…

As with all myths, there’s two sides to the story & in the other one La Befana was an ordinary woman who had a small child whom she adored but sadly, the little boy died. His death caused her to become insane; as soon as she heard the news that Jesus’s had been born, she set out to visit him, believing that he was her son reborn. Fortunately, she did get to see him and gave him the gifts to make him happy.

The baby Jesus was thrilled to bits and He gave her a ‘gift’ in return & from then onwards, she would be the mother of every child in Italy. Children are not allowed to see La Befana because the parents need the children in bed while they put out the gifts, sweep the floors and drink the wine on the eve of the Epiphany.

Urbania is thought to be her official home and a huge festival is held annually to celebrate the holiday – hundreds of Befana’s are present, swinging from the main tower. They juggle, dance and greet all the children. However, today in Italy, there are two important places associated with this tradition:

Do you know of any other La Befana legend? Share it with us in the comments below! 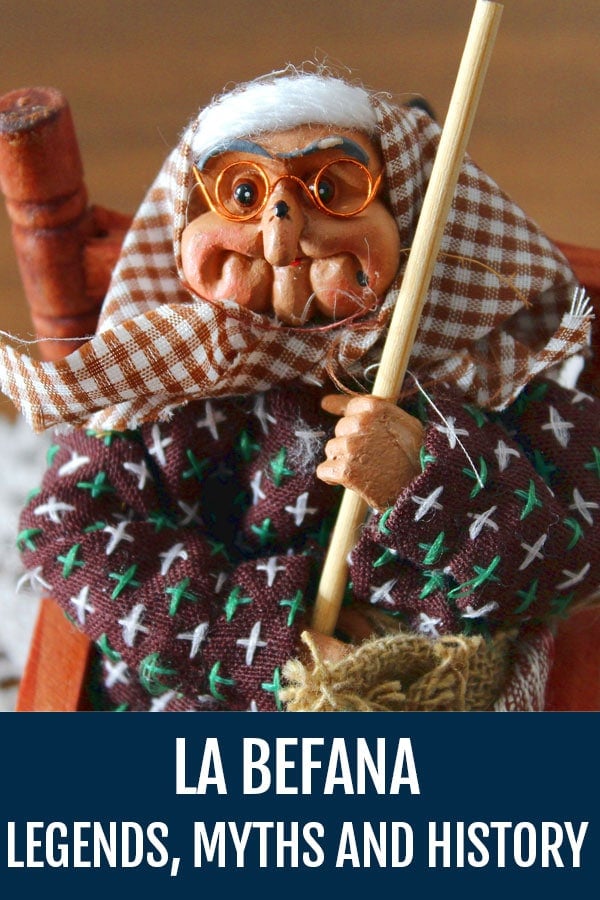