Skip to content
Nonnabox.com is a participant in the Amazon Services LLC Associates Program, an affiliate advertising program designed to provide a means for sites to earn advertising fees by advertising and linking to Amazon.com
Quick Navigation show
1 How to Make Lasagna?
2 Authentic Lasagna alla Bolognese
2.1 Ingredients
2.2 Instructions
2.2.1 Cooking & Preparation:
2.2.2 The Assembly:
2.2.3 Baking:
2.3 Notes
2.4 Nutrition
3 How Lasagna Was Born?
4 What you probably already know about how to make Lasagna:
5 But do you know these interesting fun facts?
Share28
Tweet
Pin95
Yum1
124 Shares

How to Make Lasagna?

As mentioned above, the classic lasagna recipe may not have tomatoes in it, but it does have various cheeses. However, for this traditional recipe, we will only be using Parmigiano Reggiano.

Now that’s settled, let’s proceed on how to make lasagna step by step. 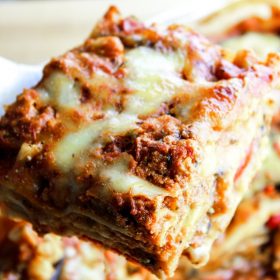 Let it stand for 10 minutes before you cut and serve. Buon appetito!

Thanks, in part, to a certain chubby and lazy orange tabby who hates Mondays, almost everyone in the world knows what lasagna is. Indeed, it is considered to be one of the most popular pasta casserole dishes in the world today. However, lasagna’s popularity is not only because Garfield loves it but also because it’s considered to be quite easy to prepare, even for a novice cook. And it’s exceptionally delicious to boot. It’s so easy to make that almost anyone with an oven can cook (and bake) lasagna. Let’s dive into some history about this delicious Italian traditional dish and how to make lasagna the proper way in the recipe at the bottom of the article.

But as much as you’re aware that you shouldn’t mess with Garfield’s favorite food, how well do you really know this delectable pasta?

How Lasagna Was Born?

Lasagna is considered to be one of the oldest types of pasta in the world. How do we know this? Well, let’s trace the origins of this unique pasta and the dish of the same name, back to their roots, shall we?

Attributed to have come from the province of Naples in the Campania region, historians are not 100% certain when the lasagna was first created. During the Middle Ages, however, a cookbook called Liber de Coquina contained a recipe that resembled the lasagna of today. Liber de Coquina is one of the oldest cookbooks from the medieval period and it was published around the 13th to 14th century.

Historians believe it was written by an Italian from Naples, hence the conclusion of where the recipe originated. There’s also another story that researchers have found a British cookbook, which was discovered earlier than the Liber de Coquina. They say it contained something that also resembles a lasagna recipe. But whichever of the stories may be the pasta’s true origin, most historians agree that lasagna had become one of Italy’s traditional dishes by the late 1300s.

Historians theorize though, that the original lasagna recipe didn’t have tomatoes. Why? Well, because tomatoes weren’t cultivated in Europe at that time. Their research states that tomatoes were first brought to Europe, particularly to Sicily, by Spanish explorers from South America only in the 16th century. But even though the original recipe didn’t have yummy tomatoes, it did contain various kinds of cheese.

What you probably already know about how to make Lasagna:

Lasagna is quite a popular dish in North America. Case in point, almost all restaurants, fast food or fine dining, Italian or some other cuisine, most probably have their own version of this pasta casserole. So yes, you probably already know these following factoids:

But do you know these interesting fun facts?

Now, after metaphorically munching on all these interesting facts, above is a recipe to give you some idea of how to make lasagna. 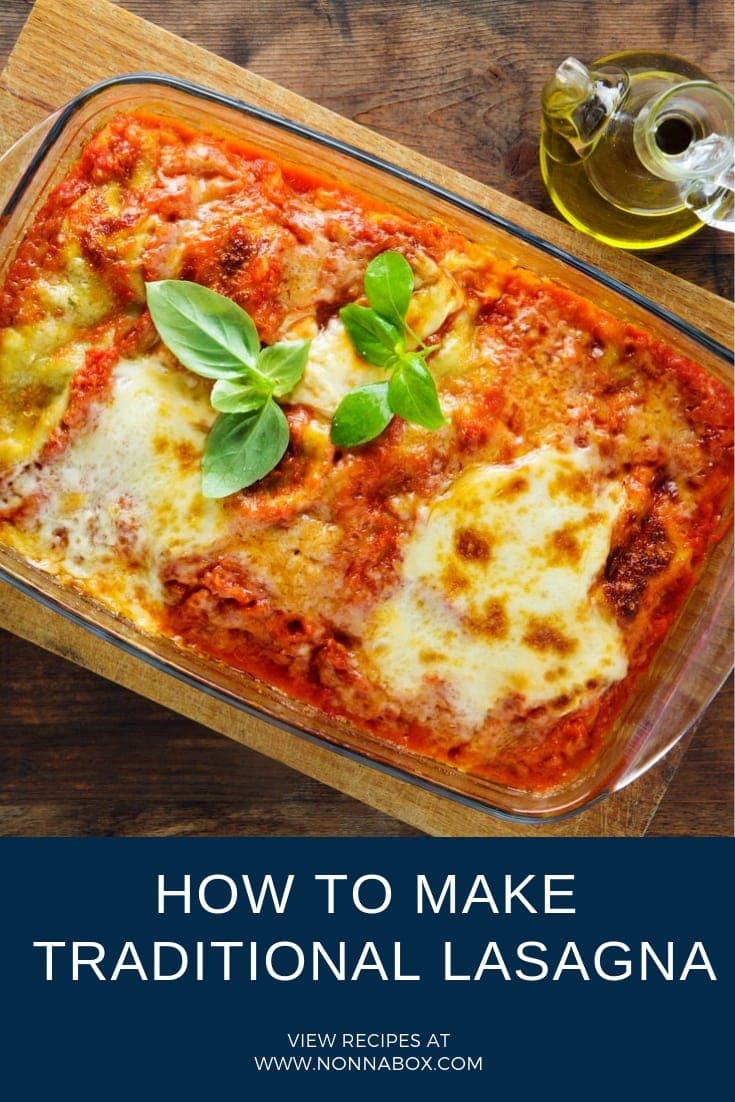 One thought on “How to Make Lasagna The Traditional Way”